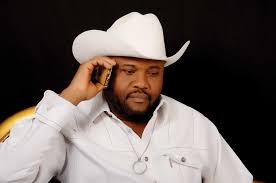 The presidential candidate of the Zenith Labour Party (ZLP), Dan Nwanyanwu,  expressed the view that insecurity was imported into the South-East to demarket the region in the 2023 presidential contest.

Dan Nwanyanwu, National Chairman of Zenith Labour Party (ZLP), had in a media interaction, stated: “About the insecurity in the South-East, I have made my position very clear, right from the time there was a jailbreak in an Imo facility at Owerri prisons. My position was very clear and that’s still my position.

Nwanyanwu stated that since the prison break, the conspirators have shifted from the external forces to using the locals to do their “dirty job”.

According to Nwanyanwu, “at the time we had the jailbreak in Owerri, those people were not Igbo. They were not IPOB. They were not ESN. But they have discovered that that would be exposing them too much – those who did it.

“Now, they’ve succeeded in recruiting locals, never-do-wells, charlatans, who have nothing to do. No skill, no education. They are the ones doing the killings today in the South-East.

“And the intendment has not changed. The intendment is to demarket the South-East so that every Nigerian will say, ‘How can you be president when there is insecurity in your place?’ As if that is the only place, we have had such a thing, which is a new thing in the South-East.”