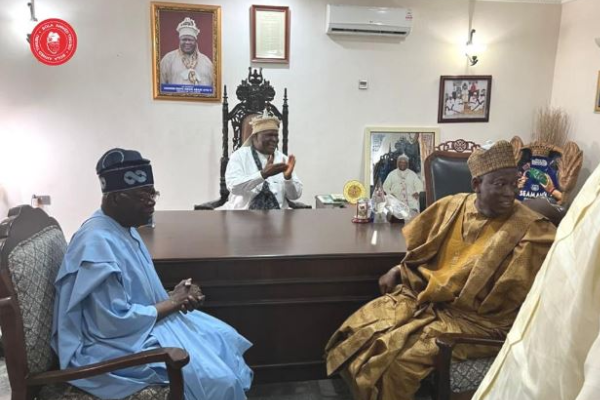 The national leader of the All Progressives Congress (APC), Asiwaju Bola Tinubu, an APC presidential aspirant, on Wednesday, took his consultation and lobby for support to Cross State where he sought royal blessings from the Obong of Calabar.

Tinubu lobbied the APC delegates in Cross River State for support at the parties national convention where the APC presidential candidate will be elected for the 2023 general elections.

The APC national leader offered to work with the government and the people of Cross River to revitalise the Calabar Port and bring the state’s economy back on track in exchange for support for his presidential ambition from the state. Tinubu further promised that he will help to turn around Calabar’s fortunes in a way that will benefit national development.

The APC presidential aspirant from Lagos State also sought royal blessing from the traditional ruler for the success of his presidential ambition.

The royal father observed that Tinubu has the capacity to restore the lost glory of Nigeria. He offered his royal blessings and wished Tinubu well in his life aspiration.