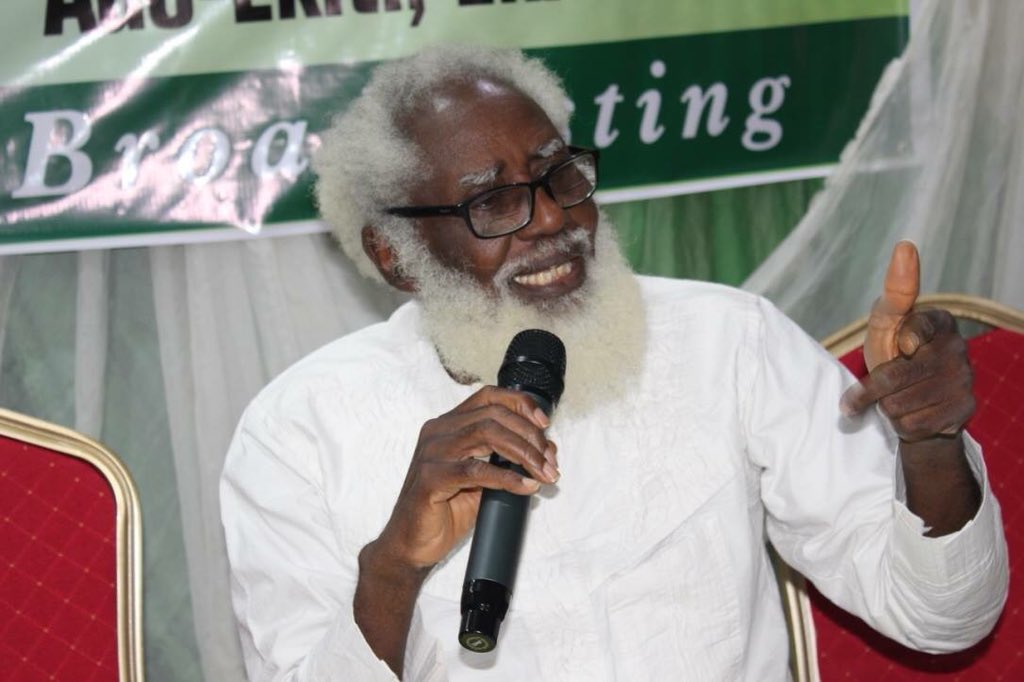 Former Ambassador to the Philippines and veteran broadcaster, Dr Yemi Farounbi has said that it is not surprising to him that President Muhammadu Buhari has turned out to become ‘Nigeria’s punishment’.

The veteran broadcaster made these revelations while featuring on a weekly radio show, Ayekooto on Radio’ anchored by Olayinka Agboola and broadcast live on Splash 105.5FM, Felele Ibadan, the capital city of Oyo State recently.

He emphasized that God is using President Buhari to punish Nigerians because “in 2014/2015 when we were campaigning, when Nigerians decided to accept the campaign of one chance, they were warned of the past history of Muhammadu Buhari and how he imprisoned many politicians including Chief Obafemi Awolowo.

“God is a wonderful Being, he decided to use Buhari to punish Nigerians for their evil deeds and Nigerians deserve these punishments”.

READ ALSO: No difference between APC, PDP, Farounbi explains why

He further revealed, “Nigeria is not what I thought it will be, I have incurable optimism that Nigeria will still be better. Those who are enjoying proceeds of bribery, corruption, epileptic power supply, insecurity among other vices are not looking forward to seeing a better Nigeria”.

The former ambassador to the Philippines stated that the threats from bandits against President Muhammadu Buhari and Governor Nasir El-Rufai of Kaduna state portend great danger to the country’s unity.

He said, “The acts of the bandits have shown that they really mean business. They recently ambushed officers from the Brigade of Guards in Abuja and this is an absolute insult and injury to the sovereignty of the country and whenever I hear this, I feel ashamed of our country.

Continuing, he said “I was once an Ambassador to the Philippines and whenever I had the opportunity of visiting Cambodia, I was treated with great honour like a saviour. One day, I asked the King of Cambodia why I was accorded that honour and he replied that when Cambodia had a problem of insurrection, it was Nigerian policemen that were drafted to quench the mutiny and create order.

“Now we are being threatened by terrorists in our country and our soldiers are almost incapacitated, the Nigerians soldiers that went to Lebanon, Sierra Leone, Liberia and Congo but now they cannot effectively defend the territorial integrity of their country”.

“One of the fundamental principles that guided the establishment of PDP at inception was that power must be rotated. In addition, there must be a balance between the two major religions in power rotation. The two political parties broke the unwritten rule of religion and ethnicity in the power rotation because they see Nigerians as impotent.

Ambassador Farounbi, however, stated that Buhari can still redeem his image by becoming Nigeria’s best president if he could sincerely restructure the country into six geographical zones stating that such an act will help to strengthen the country’s economy and political space.