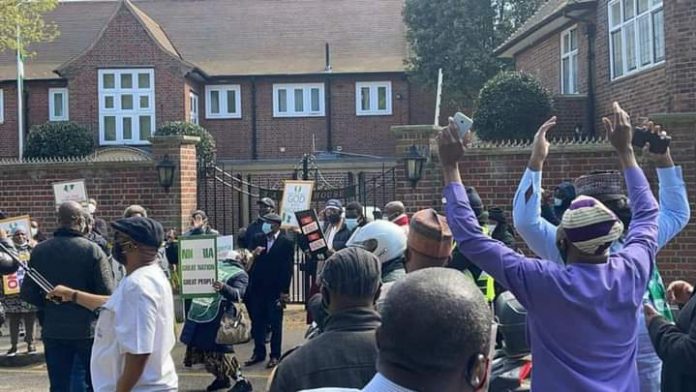 Nigerians in the UK and in support of President Muhammadu Buhari and the APC have staged their own rally around the Abuja House in London.

The rally came days after some Nigerians staged #HarassBuharioutofLondon at the same venue, in protest against the medical leave of the president in London.

The anti-Buhari protesters, barely more than a dozen, as pictured, were led by Reno Omokri, a former presidential aide. And critics of the government at home, like former Sen Shehu Sani, said crowds do not matter, but issues do. 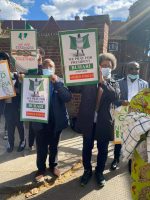 But the  Buhari supporters appeared more in number, and were seen carrying placards with inscriptions: “This Storm Will Surely Pass”, “God Loves Nigeria”, “We Are Stronger Together”, among others.

Buhari will return to the country during the second week of April.