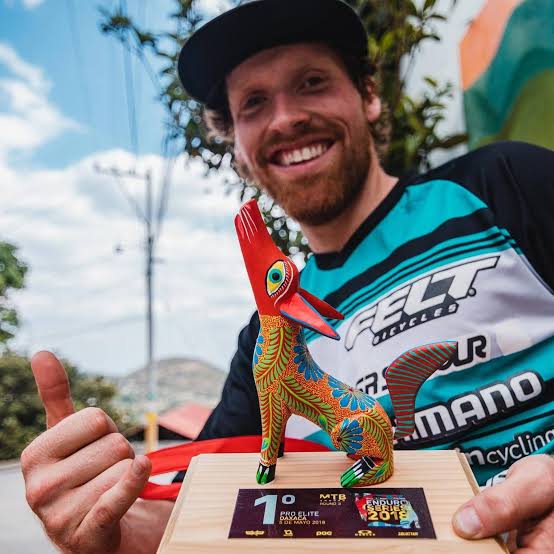 Share this on WhatsApp
Spread the love
A 29- year old professional mountain bike, Kyle Warner,  has revealed how  COVID vaccine destroyed his career after taking a second dose of the Pfizer COVID shot.
About two weeks after the shot, Warner experienced extremely elevated heart rates; an ER doctor refused to believe it was an adverse reaction to the jab and instead blamed it on a “psychotic episode.”
After visiting another hospital due to more heart trouble, Warner was referred to a cardiologist who diagnosed him with pericarditis, an inflammation of the outer lining of the heart.
For four months now, Warner has been so ill that he hasn’t been able to work or ride a bike — even mental exertion can cause him to relapse physically.
Aromatherapists
At the Real, Not Rare rally held in Washington, D.C., Warner spoke before politicians to make a difference in the support level for vaccine-injured people — which is nonexistent in the U.S. — and voice opposition to vaccine mandates.
READ ALSO: COVID: Pfizer expects $36bn in revenue as vaccine injuries mount
“I believe where there is risk, there needs to be choice,” he said
Kyle Warner is 29 years old and was at the peak of his career as a professional mountain bike racer when, in June, he got his second dose of Pfizer’s COVID-19 shot.
He suffered a reaction so severe that, as of October, he was still spending days in bed, easily overwhelmed by too much mental or physical exertion.
Warner shared his detailed experience with John Campbell, a retired nurse and teacher based in England, and headed to Washington, D.C., in early November to get the word out that COVID-19 shots aren’t always as safe as you have been led to believe.
Even someone in their 20s, in peak physical form, can be severely harmed, which is why Warner is also speaking out against vaccine mandates.
READ ALSO: Evidences show vaccinated more vulnerable to COVID, says report
“I believe where there is risk, there needs to be choice,” he said. But right now, people are being misled. “People are being coerced into making a decision based on lack of information versus being convinced of a decision based on total information transparency.”
Warner wanted to be able to travel internationally, so he decided to get a COVID-19 shot. He received his first dose of the Pfizer jab in mid-May, suffering only a sore arm afterward. After his second dose on June 10, his arm wasn’t even sore, so he thought he got off easy.
“As soon as they injected it, I had a weird metallic saline taste in my mouth. I asked the guy, ‘Is that normal?’ and he said no, they don’t hear of that much.”
According to Campbell:
“The fact that the clinician doesn’t recognize that a metallic taste in the mouth could be a sign of an inadvertent intravascular administration concerns me because what happens is if the vaccine goes into your muscle, then it stays in your muscle, and it’s going to take half an hour to be systemically absorbed at all, or much longer than that. But if it goes into a vessel, you get a metallic taste straight away …
A day or two later, with no sore arm, he thought it was going to be easier than the first dose, but about two weeks later he started having strange reactions in his heart. Throughout the day, he started experiencing periods of accelerated heart rate. As a professional athlete, Warner is very in-tune with his body.
He regularly wears a smart watch that tracks his heart rate and knows what’s normal for him — and this was not. While sitting at rest, his heart rate would spike to the 90s and over 100.
He decided to cut out all stimulants like caffeine, just in case, and took two weeks off from riding because he didn’t feel good.
After being told that his problem didn’t make him a priority to be seen, he sat in the waiting room for 3.5 hours and was ultimately given a shot of the nonsteroidal anti-inflammatory drug Toradol to treat reactive arthritis.
His heart rate dropped down to 110, leading the doctor to tell
he was doing better, but he was still at nearly double his average heart rate.
The doctor’s solution was to refer him to a psychiatrist for what he described as a “psychotic episode.” According to Warner, since he suggested that his reaction was from the shot, the health care practitioners thought he was imagining things or “trying to be anti-vaxx or a conspiracy theorist.” Four days later, he ended up in the hospital again.
Diagnosed with pericarditis, POTS and reactive arthritis
Days after being sent home from the ER, Warner again had problems with his heart — this time, a strong squeezing sensation along with cramping and burning. He went to a different hospital where they took his concern seriously, said it could be myocarditis — an inflammation of the heart muscle — and referred him to a cardiologist.
It’s since been recognized that myocarditis and pericarditis, inflammation of the outer lining of the heart, are occurring after COVID-19 shots, most often after the second dose in male adolescents and young adults.
Share this on WhatsApp