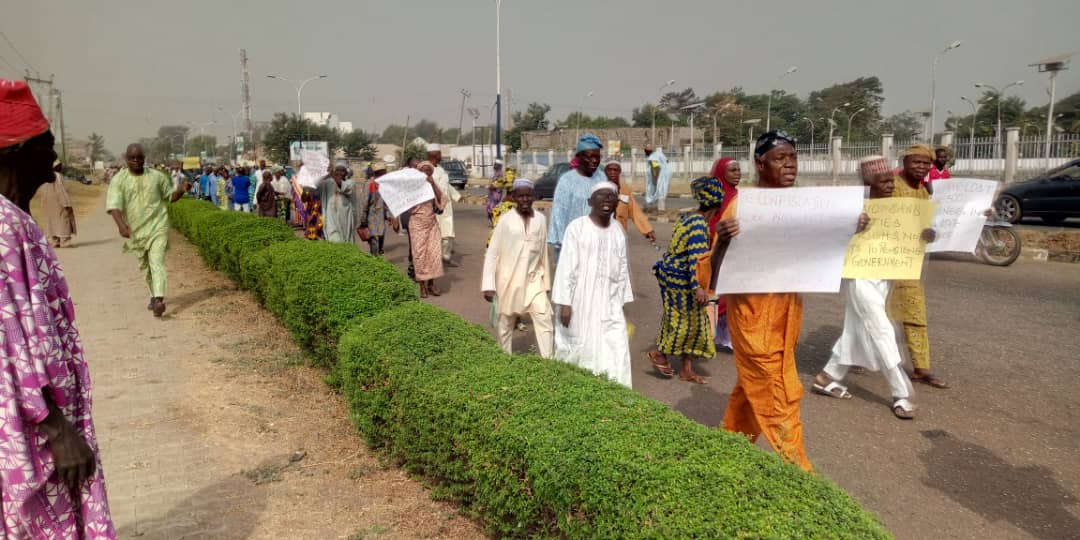 It was a scene of renewed war when several pensioners in Kwara State embarked on mass action on Wednesday, taking to the streets of the start capital, Ilorin, in protest of nonpayment of their pensions and gratuities by the Kwara State government.

The protesters displayed placards and headed straight to the government house where they demanded Governor AbdulRahman AbdulRazaq to look into their plight and ensure their pensions are paid.