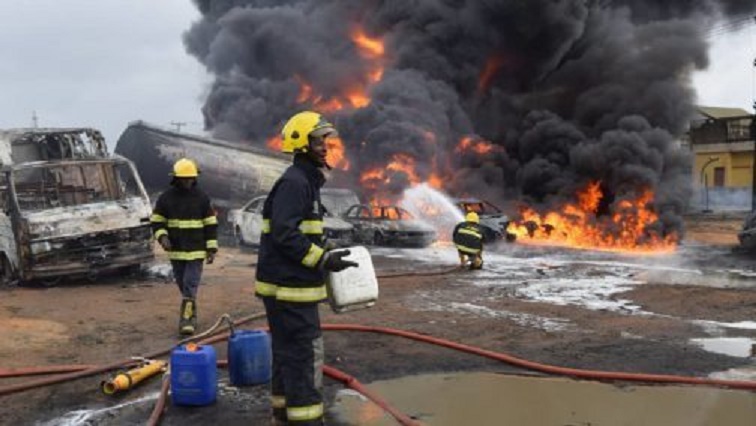 Barely five days after a deadly pipeline fire that killed over a dozen people at Ijegun town, north of Lagos, residents of the community have foiled another pipeline vandalism.

Ijegun, which has been having recurring pipeline vandalism since May 2008, is in the Igando-Ikotun Local Council Development Area of Lagos State.

A News Agency of Nigeria (NAN) correspondent in the area reported that residents rose to the occasion and foiled what would have been another deadly explosion on Tuesday after vandals attempted to open a pipeline at a market in the community.

Speaking on the development, the Divisional Police Officer at the Isheri Oshun Police Station, SP. Rafiu Akinlade, told NAN that policemen responded immediately they were alerted on the vandalism.

“As soon a call got to me from the community, I immediately sent out my team but on getting there, the vandals had abandoned their tools and fled.

“However, my men have collected all the tools and pipes they came with for their operation.

“Although we are yet to apprehend the vandal, investigation is going on,” Akinlade told NAN.

“The smell was thick and this caused panic and fear of another explosion because the memory of the immediate past inferno was still shocking.’’

Another resident, Vitalis Okonkwo, a student, told NAN that his family ran out to safety, following shouts in the neighbourhood.

“When we perceived the fuel split all over the area, we ran out along with others in the neighborhood for fear of being trapped in another explosion.

“Most people are yet to return for fear of another explosion because anything can happen. Nobody wants a repeat of the July 4 explosion,” he said.

His neighbor, Mrs Bridget Umeorah, appealed to the Lagos State Government to provide security in the area to discourage pipeline vandalism.

On May 25, 2008, a pipeline explosion occurred in Ijegun community when a truck used in road rehabilitation damaged an oil pipeline, causing a fire outbreak that killed many people and damaged property, estimated at millions of naira.

Share this on WhatsApp
Related Topics:Ijegunpipeline fire
Up Next