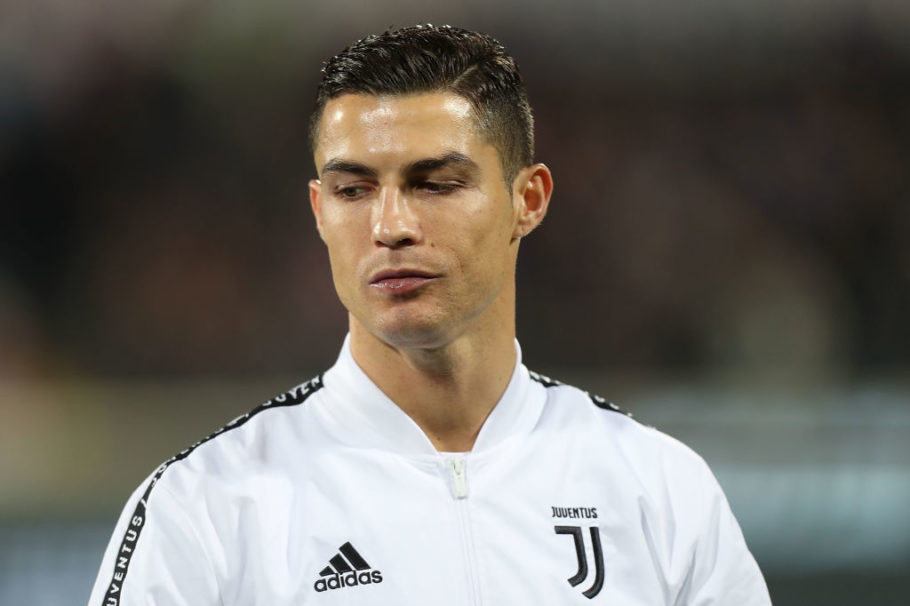 Share this on WhatsApp
Spread the love
On a sad night, where Ronaldo failed to hit the back of the net and Lyon defeated Juve by a single goal. Two coaches came to the spotlight.
One is the current coach of Juventus. And what he said just might have gotten Cristiano Ronaldo angry.
The other coach is Arsenal’s former boss, Arsene Wenger. While he was working as a pundit for a TV station. He said Ronaldo is being missed in Real Madrid.
Now many believe that could get see Ronaldo lobby for Wenger to get the Juventus job. Since the Juve’s first choice, Pep Guardiola, has reinterated his stay at Man City.
Maurizio Sarri bemoaned his Juventus side’s inability “to understand the importance of moving the ball quickly” after their 1-0 loss to Lyon on Wednesday in the first leg of their UEFA Champions League last-16 tie.
And this may not really go down well with Ronaldo.
Juve were widely expected to brush Lyon aside in the first knockout round given the French outfit sit a lowly seventh in Ligue 1.
But the Old Lady now have work to do in the second leg in Turin on March 17 if they are to reach the quarter-finals and keep their dream alive of winning Europe’s biggest prize for the first time in 24 years.
Remarkably for a side boasting Cristiano Ronaldo, Paulo Dybala and Gonzalo Higuain, Juve did not manage a single shot on target in 90 minutes at the Groupama Stadium:
ALSO READ: Aruna, Assar will not play semifinal at Men’s ITTF champion
Meanwhile, Lyon took full advantage of Matthijs de Ligt’s brief absence from the pitch due to a head injury to take the lead through Lucas Tousart in the 31st minute:
After the match, Sarri did not pull his punches when analysing his side’s performance, per Sky Sport Italia (h/t MailOnline’s Danny Gallagher):
“We lacked determination and aggression when attacking, and for 15 minutes lacked it defensively too. We were unlucky to concede when De Ligt was off injured. The second half was better, but frankly it’s not enough for a Champions League match. I don’t know why I cannot get the players to understand the importance of moving the ball quickly.
“This is fundamental, we’ll keep working on it and sooner or later this concept will get into their heads. I continued to tell them, and there were many who were doing it, moving the ball too slowly and therefore getting into the wrong positions.”
Now, their latest performance raises the question of whether this Juve side are capable of going all the way in the Champions League, even with Ronaldo in top form:
The Portuguese superstar was signed by the Old Lady from Real Madrid specifically to help them finally win the trophy for a third time—they have lost five finals since last winning in 1996.
But with Sarri’s side also involved in a fierce Serie A title battle, the chances of Juve winning the Champions League this season seem slight.
Share this on WhatsApp
Related Topics:Arsene WengerCristiano RonaldoJuventus
Up Next