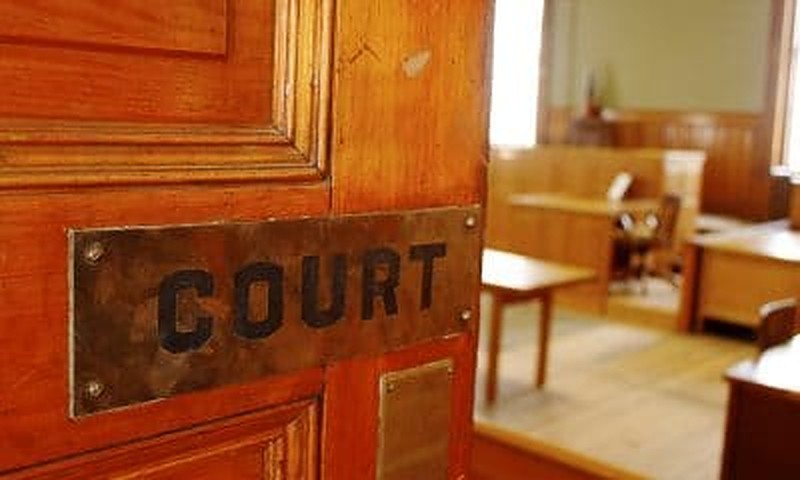 Security guard docked for allegedly stealing electronics worth N1.7m
Share this on WhatsApp
Spread the love
A 39-year-old security guard, Chibuzor Okerie, was on Friday docked in an Ado-Ekiti Chief Magistrates’ Court for allegedly stealing electronics worth N1.7million.
The police charged Okerie is charged with theft.
The Prosecution Counsel, Insp Caleb Leramo, told the court that the defendant committed the offense between Nov. 5 and Nov.6, at midnight at Ajilosun Street in Ado-Ekiti.
Leramo alleged that the defendant, stole electronics and household items worth N1.7 million belonging to his employer, Mr. Sheu Sikiru.
He said the offense contravenes the provisions of Section 302 of the Criminal Laws of Ekiti State, 2021.
He prayed for an adjournment to enable him to study the file and assemble his witnesses.
The defendant pleaded not guilty to the charge.
The Defence Counsel, Mr. Ekene Mbam, urged the court to grant his client bail in the most liberal terms.
The Chief Magistrate, Mr. Saka Afunso, granted bail to the defendant in the sum of N100,000 with one surety in like sum.
He adjourned the case until Dec.15 for a hearing.
Share this on WhatsApp
Related Topics:dockedelectronicsN1.7msecurity guardstealing
Up Next