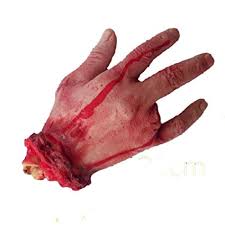 The Lagos police command has arrested a Lagos State Polytechnic security guard who allegedly killed his colleague while they were both on night duty.

DSP Bala Elkana, in a statement on Sunday, said on May 24 at 7.00a.m, operatives of Shagamu Road Police Station, in collaboration with the Chief Security Officer of Lagos State Polytechnic, Ikorodu, arrested one Cletus Williams, a security guard with the institution, for allegedly killing his colleague, Okoro John, while they were on night duty.

“The suspect used a sharp knife to slash the throat of the victim and also chopped off his right hand,” Elkana said.

“Homicide detectives from State Criminal Investigation Department, Yaba, are investigating the case to ascertain the motive behind the killing.
“The knife used for the murder has been recovered and suspect will soon be charged to court for murderm” he added.