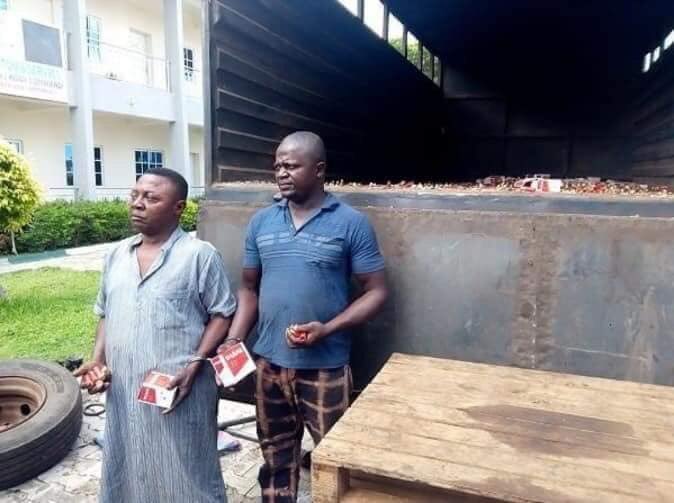 The Nigeria Customs Service (NCS) Command in Minna, Niger State, on Tuesday, disclosed the interception of a truck load of 200,000 live ammunition at the border of the state.

National Daily gathered that Benjamin Binga, Comptroller of the Niger State Command, revealed that the Onitsha-bound truck was intercepted along the Wawa-Babana border on its way into the country from Benin Republic.

The Comptroller narrated that Bukari Dauda, the driver, and Martin Anokwara, the owner of the cartridges, were apprehended along with the consignment when the vehicle, an Iveco Truck with Lagos registration number AKD 904 XE was intercepted. 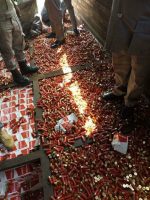 Binga explained that the truck, on surface assessment, was designed to be conveying over 100 empty jerry cans but following thorough search by the Customs officers at the duty post, a false bottom which was used to hide the cartridges was discovered.

The Niger Comptroller had declared: “The checking was not from tip off, it was just out of sheer curiosity that my men decided to do a thorough checking and discovered that unlike other bottoms of trucks, this one had nuts and on removing the nuts, they discovered it was a false bottom which revealed the cartridges..

“The cartridges are numbering thousands; it would take us hours to count it.

“We are now working to establish what the cartridges are really meant for and who sent them to bring it into the country.”