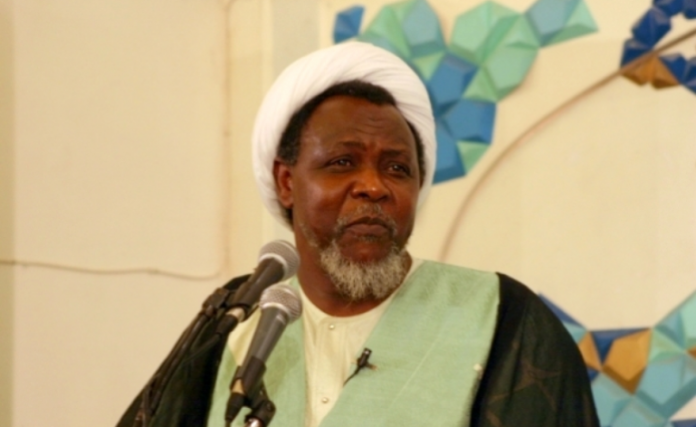 The urgent return of the troubled leader of the Islamic Movement of Nigeria (IMN), Sheikh Ibrahim El- Zakzaky, has continued to generate deeper controversies in the polity. In making the decision to return to Nigeria from the Indian hospital within four days of departing the country, El-Zakzaky had raised alarm on two threatening issues to his life and that of his wife, Malama Zeenah, which included intimidation by armed security operatives, maximum restrictions and attempts to use strange medical doctors to treat him and his wife beside those who were part of the arrangement for his trip to India while in Nigeria.

National Daily learned that El-Zakzaky, in a statement from the Medanta Hospital, New Delhi, India, on Wednesday, narrated the multiple ailments he and his wife are suffering; then, the medical consultations and advice that led the decision to take him and his wife to the India hospital. He also noted the US attempted resistance to their being treated by Medanta Hospital, and the Nigerian government assurance that the issue had been resolved.

El-Zakzaky also narrated the extremist security structure surrounding him and his wifeat the hospital where police officers, Nigerian Embassy staff in India and other security operatives surround them with arms.

El-Zakzaky remarked that in his 13 years of detention or imprisonment in Nigeria, even at Kirikiri Prisons, he has never experienced the kind of restrictions he and his wife were suffering in India.

The Shi’ite Muslims leader in Nigeria further narrated that strange medical doctors were assigned to treat him and his wife at the Indian hospital, which he resisted, expressing the fear that what the Nigerian government could not achieve with the gun, they could easily achieve through medical treatment by the strange doctors.

El-Zakzaky, therefore, declared his decision to return to Nigeria; noting that three other countries had volunteered to treat him and his wife, which he could negotiate with the federal government to be taken to any of the countries for the medical treatment.

El-Zakzaky was said to have compelled his exit from the Indian hospital because of the harsh conditions imposed by the Nigerian government.

However, the federal government on Friday explained why El-Zakzaky hurriedly returned from India, citing diplomatic breaches and plot to seek asylum in India, then, travel to another country and evade his prosecution in Nigeria.

Meanwhile, El-Zakzaky’s statement from the Indian Hospital translated to Englishwhich was ahead of his return, read:

“We are now here in New Delhi, India. As you all know, there was an arrangement for us to come here to seek medical care regarding the ailments that we have, myself and Malama Zeenah. She, Malama Zeenah, has a full bullet lodged in her body (that needs to be removed), also she is in need of a knee replacement surgery in addition to other problems. As for me, there are shrapnel, very small fragments in my eyes, in my hands and some in my right thigh that were slowly releasing toxins into my system which caused a lot of complications, which we later discovered that they were the cause of the mini strokes I have had, both the first and the second time. So, we were thinking the first thing to be done is to remove the shrapnel, which is a procedure that couldn’t be done at home and the doctors suggested that we should go abroad where it will be possible for the procedure to be done.

“Then, the second thing would be to clean my body of the toxins, which I was told are deposited in the bones and some in the flesh and this normally takes time to be done.

“I also have a problem with my eye which the doctors that attended to us since, after I had a second operation and my sight weakened, suggested that I should be taken to better facilities to have it attended to.

“After all this, we were all happy that we are in Delhi and we would be going to a suitable hospital to receive appropriate treatment. In addition, the doctors that came to visit us when we were in Nigeria advised us to come to this hospital called Medanta. That is why we requested to be brought to this hospital.

“So, before we left Nigeria, we heard the news that the American embassy here in India was pressuring the hospital not to admit us when we arrive. And that the hospital had agreed to refuse admitting us. So, we were considering going somewhere else when we arrive. But we were later informed that the problem had been sorted out and we would be admitted to the hospital. So, we set out from Nigeria.

“And they also said that there were a lot of people at the hospital entrance to see us arrive. But they informed us that if we arrive, we will be taken in through a back entrance.

“They said they did this due to the high number of people; they were concerned that in people’s attempt to reach us in the crowd, some harm can be done to us…

“After we arrived, we realized that in this hospital, or better yet someone working in the Nigerian embassy here told us that before we came, they had carried out a meeting with the hospital staff, the workers from the Nigerian embassy and some security operatives on how to go about things once we are here.

“So, we saw that we were practically brought to another detention facility which is even stricter than the one we were in back in Nigeria. They came here with police armed with guns and a lot of staff from the Nigerian embassy. And we also noticed we were brought into another detention that we only came based on trust.

“Even in Nigeria, they agreed, where we were detained, that we would be treated only by the doctors we chose and are comfortable allowing to treat us. But here we understand that the doctors that advised us to come here are blocked from having any say in our case. They even told us when we spoke to them, they are only allowed to advise but the hospital reserves the right to decide the course of our treatment. So, I told them that we came here based on the trust we have in our doctors, we cannot just see any doctor that we don’t know, or trust to treat us. And without recommendation from those we do trust, we cannot allow a stranger to treat us, lest what couldn’t be done with bullets be carried out in a different way.

“Due to this, we think that based on everything we have seen so far indicates to us that we are not safe here. We were just brought to another detention.

“I have been detained now for a collective total of about 13 years but I have never seen a detention like the one I am in now. Even at the doors, they have placed armed police. Even between one room to the next, we are not allowed to move. Then, I see that even where we were, and of all the times I have been imprisoned in Nigeria, I have not seen anything like this. When I was in an actual prison, they used to lock us up around 9pm and open the doors at 7am, and we could move about where ever we wish within the prison facility we were detained in.

“I see here that even when I was in Kirikiri Prison, it wasn’t as constricting as in this situation. So, I feel that it is not reasonable to leave detention in order to seek medical help and we be placed in a different detention; and on top of that, we be handed over to be treated by people we do not trust. So, based on this we are thinking that Insha Allah by all apparent indications that there is a need for us to return home since we were allowed to travel abroad for medical care and India doesn’t appear to be a safe place for us. We would have to return home, after all, there are other countries that offered to receive us if we could go there. These countries include Malaysia, Indonesia and Turkey, we can convene to decide which one to go to and then go thereinsha Allahul adheem.

The Nigerian government on Friday issued a statement on what it considered “Real reason we returned El-Zakzaky to Nigeria”.

The Nigerian government in the statement by the Permanent Secretary in the Federal Ministry of Information and Culture, Grace Isu Gekpe, in Abuja on Friday, narrated the that El-Zakzaky planned to seek asylum in India rather than undergo medical treatment and return back to Nigeria to face his ongoing trial. The government also claimed that El-Zakzaky requested for a five star hostel where he would be receiving visitors.

The statement read: “The Federal Government wishes to inform the public about the latest development in the Ibraheem El-Zakzaky medical trip controversy to India.

“The government notes with dismay the acts of misconduct exhibited by El-Zakzaky that necessitated his repatriation.

“The earlier statement of August 14, 2019, by the government addressed the issues that would have raised some questions with the latest occurrences and, particularly, the uncelebrated return of El-Zakzaky from India.

“The public may note that El-Zakzaky’s actions in India demonstrated malicious intents that were capable of embarrassing the governments of Nigeria and India.

“With total disrespect and complete loss of decorum for international procedures while in India, he initiated contacts with a team of lawyers led by Ali Zia Kabir Chaudary and Gunjan Singh in that country.

“He also contacted some non-governmental organisations such as the Islamic Human Rights Commission and other Shi’ite groups.

“His aim was to seek asylum and eventually relocate to another country. It is important to note that if an Indian court had granted El-Zakzaky asylum or leave to travel to another country, it would have violated the Nigerian court order that granted him permission to travel for medical treatment.

However, he used the opportunity of being in India to attempt to internationalise his cause by mobilising the rights groups.  “

“Even most unfortunate and rather embarrassing as earlier stated, was his quest to be relocated to a five-star hotel to receive visitors instead of being admitted in the hospital as a sick person he claimed to be.

“In spite of his misconduct, El-Zakzaky’s spouse went further to antagonise the Indian and Nigerian security agents and accused the latter of killing her children.

“These acts were aimed at winning international sympathy as well as disparaging the Nigerian government.

“Having subordinated the quest for medical treatment to other ulterior motives, it became obvious that El-Zakzaky was focused on realising some sinister motives, thus the decision to return him to Nigeria.”