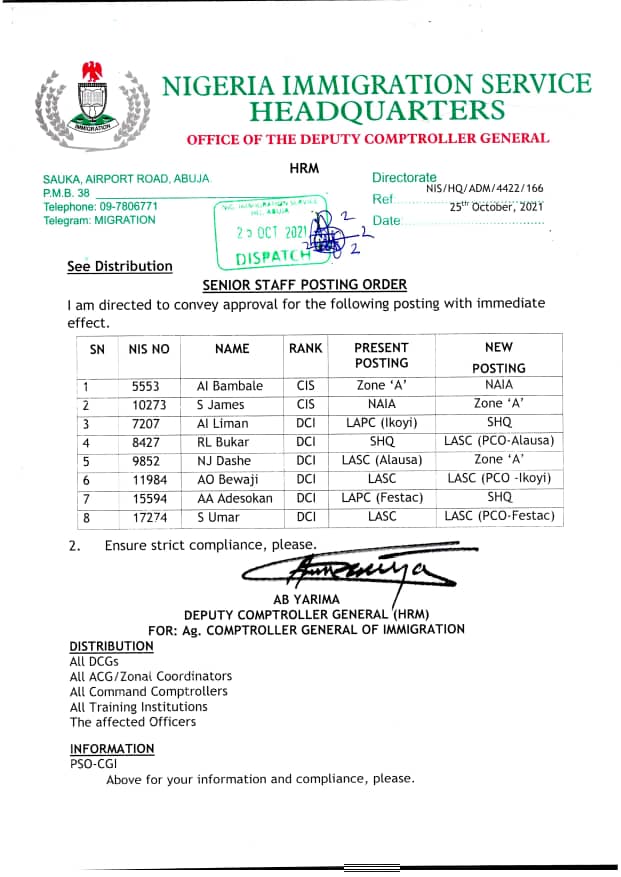 As part of its effort to boost efficiency, the Nigeria Immigration Service (NIS) has redeployed the three Passport Comptrollers (PCOs) in Lagos and replaced them with new ones.

The PCOs affected are Ikoyi, Festac, and Alausa.

The new PCO for Ikoyi, is A.O Bawaji, while the former PCO, A. I Liman, has been transferred to the State Command Headquarters, Ikeja.

R L Bukar has taken over the Alausa office while U.S Umar, is the new PCO Festac and former PCO Festac has been moved to State Headquarters, Ikeja.

In a statement by the Deputy Comptroller of Immigration (Human Resources), AB Yarima, for the Ag. Comptroller- General of NIS, stated that the reshuffle meant it with immediate effect and advised that the affected officers should ensure total compliance.