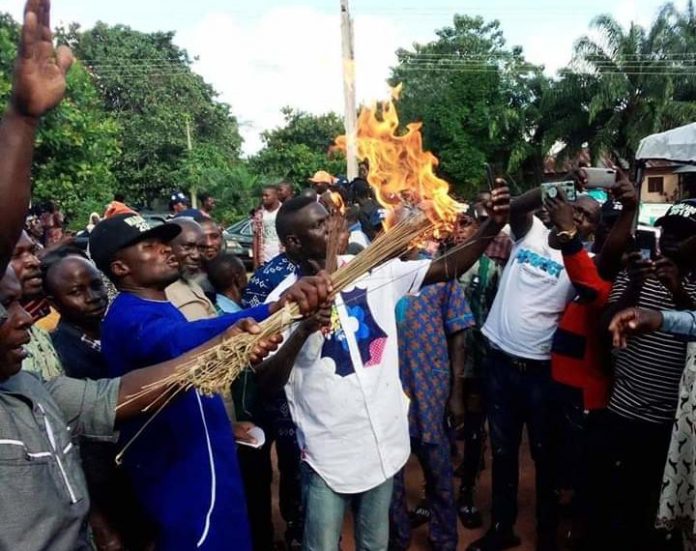 Governor Yahaya Bello of Kogi State suffers another shocker in the build up to the November 16 governorship election in the state. Governor Bello who is contesting for re-election for a second tenure on the platform of the ruling All Progressives Congress (APC) on Sunday lost over 156 APC members to the Peoples Democratic Party (PDP) in in Kabba/Bunu Local Government. The APC supporters   were led away by two prominent leaders in the APC, Alfred Dare Alaska and Amupitan in Olle/Oke-Offin Ward while defecting to the PDP in Kogi State. The 156 supporters  were identified as a partisan fraction of the thousands of loyalists and supporters controlled by the two prominent APC leaders who dumped the party for the PDP.

The former APC supporters had explained that their defection spurred by the poor performance of Governor Bello in his first tenure noticeable in the poor road network, unpaid salaries, insecurity and insensitivity to the suffering of Kogi people over the years.

Alfred Dare was said to have declared:  “Governor Yahaya Bello’s government is the worst government in the history of Kogi State.

“The APC government in Kogi State is not fair to my people and we can no longer remain in such party.

“So, that compelled me to move out of the party with my supporters.”

The PDP Local Government, Hon. J.J. Abejirin, was said to have assured that the defectors would be carried along in the scheme of things, and that they are important to the PDP at this moment of campaigns.