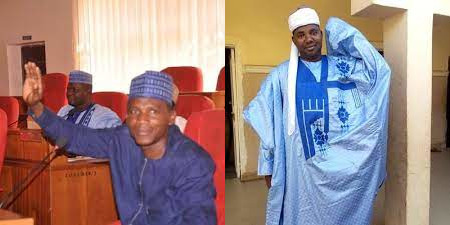 Following the death of Zamfara Speaker Nasiru Magarya’s father in kidnappers’ den, two lawmakers alleged to be jubilating when the late district head was kidnapped are now in problem.

The speaker has approved of the House resolve to suspend, strip the two of House responsibilities, and hand them over to the ethics committee and security agencies for investigation.

They were also alleged to have supplied information to bandits that killed a fellow lawmaker, Hon Muhammad G. Ahmad ( Walin Jangeru), a former member who represented Shinkafi.

According to the Director General Press Affairs and Public Relations of the Assembly, Mustapha Jafaru Kaura, the lawmakers will stay off the assembly pending the conclusion of investigations on the allegation leveled against them.

“These are part of the resolutions reached just now at the House plenary presided over the speaker of the House Rt. Hon Nasiru Mu’azu Magarya under matters of urgent public importance,” Kaura said.

Ruling on the matter which Hon. Yusuf Alhassan Kanoma brought or debate , the Speaker approved the suspension of the two members.

Magarya also directed Chairman, House Committee on Ethics and Privileges Hon Kabiru Hashimu Dansadau to fully investigate the duo, and report his findings back to the plenary.

He also stripped them of the chairmanship of the House committees.

Magarya’s father was kidnapped with his household, and held for weeks in the forest.

He died of cardiac arrest a day to his rescue, and bandit leaderTurji announced it to the younger brother of the district head.