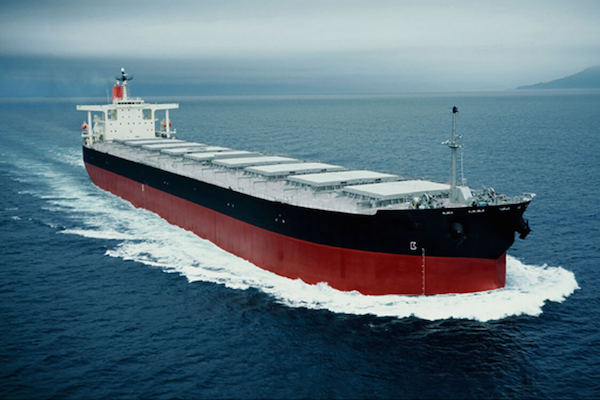 The problem in this country is that we know the truth but always try to dodge from it. We must learn to respect the truth because there is nothing we do that will work to change the pathetic situation this country has been thrown into if we are incapable of accepting the truth. The truth about what is going on with crude oil produced in Nigeria has not been spoken.

Give it to the Group Chief Executive Officer of the Nigerian National Petroleum Company Limited (NNPC LTD), Mele Kyari who at the 49th session of the weekly ministerial insisted that crude oil theft is largely carried out by Nigerians including government officials, security agencies and even some NNPC top staff.

Definitely, there is more to Kyari’s declaration than meets the eyes. Why is the NNPC boss just coming out now to publicly accept that crude oil stealing in the country is being perpetrated by influential people in and around the government including top NNPC staff himself inclusive?

On several posits on the menace of crude oil theft in the country, this writer had insisted that if the magnitude of oil stealing as reported were to be true, then there couldn’t have been any way such fleecing could occur without the collusion of top government and security officials, some major producers in the country, and top management staff of the NNPC.

Few months ago, Prince Adewale Adebayo, a lawyer and Due Diligence Consultant, began a solo shout that 80 percent of Nigeria’s produced crude oil is being stolen. Nobody was listening but he kept talking about it until after four months the government said it was only 75 percent. Now politicians are joining to say 80 percent of our crude oil is stolen. But what they have not told you is who is stealing it.

As disclosed by Prince Adebayo at the last annual conference of the Nigerian Bar Association (NBA) in Lagos, “Our crude oil is not stolen by militants because they cannot make that investment. It is being stolen by the government and this is a fact. And there are two ways in which the government is stealing it: First, there has always been this OPEC pact on non-OPEC oil which member states use to sell and there could be some governmental, security reasons for doing that.

“However, there is a second part which is that people in government for diverse reasons, this time around have decided that if the argument between the former CBN governor, Sanusi Lamido Sanusi and the former Finance Minister Ngozi Okonjo-Iweala should not repeat itself because in the past the government use to mismanage most of the money through NNPC. This time around, they decided they will sell the oil offshore and the money will never get to Nigeria.

“That leads to the second question; you must be suspicious of every statistics given to you on this crude oil theft issue because where you run a repeat- after- me mentality where the person who steals the oil also debunks the stealing, you can never get the correct answer.”

At least conservatively, we are losing $4.4 billion every month. Is it not obvious that our country is a crime scene? Over 800, 000 barrels of crude oil stolen every day and not a single official of either the government/the military or the NNPC has been held accountable for this brazen misdemeanour for over seven years now?

The Chief of Naval staff, Zubairu Gambo, revealed a lot in his interview with Channels Television. He came short of telling Nigerians that the oil theft we are being told is carried out in the Niger delta is actually carried out in the offices of NNPC and NLNG.

“How can massive ships load crude at designated points without the requisite documentation?

“When they are caught by the Navy that is when their documentation is forwarded to the Navy for them to be released? The question is: what would have happened if they were not caught?”

The Chief of Naval Staff in the television interview also gave an example of a ship measuring 336m in length, 60 metres in width which was also caught loading on official platforms without the requisite documentation.

It is very clear from the interview granted by the Chief of Naval Staff that the theft of crude oil is more an official stealing than some ragtag bunkering activities of disgruntled Niger Deltans.

As rightly captured in his remark, Mr Innih Akpan, a Due Diligence and security expert, “This is the first time we are hearing firsthand the truth about oil theft. This information is supposed to generate a massive uproar in every facet of the society but as usual, we are too concerned with ethno-religious bickering and we want a better society.”

Also read: Between the violinist and the Petroleum Industry Act

As if this government has been holding Nigerians with a spell, we have been taken for granted for over seven years now by a gang obviously raised to do maximum harm to the nation’s economy to enrich a particular group in the country. Suddenly even the most vicious and vocal advocates for the masses are nowhere to either be found or heard.

Severally, this writer have alerted the nation that Nigeria’s offshore, particularly deep offshore arena is littered with scores of mega floating-production and storage platforms bleeding some of the nation’s most prolific wells and fields and yet these facilities are either poorly monitored or even unmonitored at all.

The Equatorial Guinea Navy last week arrested an oil supertanker, MV Heroic Idun that evaded arrest in Nigeria after it was seen around the Akpo Oil field on August 7. The vessel with International Maritime Organisation (IMO) number 9858058, was arrested on Friday (last Friday of August) with the help of intelligence supplied to that country by the Nigerian Navy.

The Nigerian Navy Ship, NNS, GONGOLA had interrogated the ship, which has capacity to lift about three million barrels of crude oil, when it was first seen around the AKPO Deep offshore oil field operated by a multinational firm at midnight on August 7. Akpo oilfield is 200 km (124 miles) offshore Port Harcourt.

Upon interrogation, it was discovered that the ship, alleged to have come into the country’s waters to load products neither had the Nigerian National Petroleum Corporation Limited’s (NNPC) loading permit, nor valid documents to be in the country’s waters.

This same government that declared ex-militant agitator, Tompolo, wanted so as to keep him on the run away from all pipeline routes and communities so their agents can have an unhindered access to loot hundreds of millions of crude oil from insecure trunk/pipelines, has now brought back the same man to police the crude oil pipelines. So what changed between then and now?

Now they have filled their guts with stolen crude oil and as they are about to leave office, they have re-awarded those same contracts to the same Tompolo, a man they once unjustly persecuted and declared wanted. All hail Nigeria!

Borrowing the words from a widely published/circulated comment from an unanimous Nigerian, “If it does not surprise you, it surprises me, but then, I know that they think they are wise! Actions above represent power and authority in the wrong hands. When the corrupt rule, the people suffer, period!

Ikeja Electric speaks on planned blackout in parts of Lagos

Thousands of terrorists surrender as fight intensifies in northeast, northwest