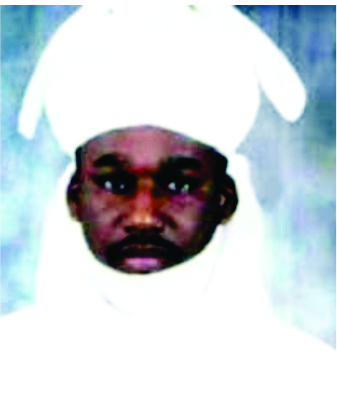 HIS Royal Highness, Alhaji Abubakar Shehu Abubakar 111, Emir of Gombe, from Bubayero dynasty, currently the 11th Emir of Gombe and Chairman of Gombe State Council of Emirs and chiefs, selflessness and visionary leadership in strengthening grassroots governance.
Alhaji Abubakar Shehu Abubakar, who was crowned and installed on the 6th June, 2014, after the demise of his father, late Emir of Gombe, Alhaji Usman Shehu Abubakar, on 27th May, 2014, is the second child to the late Emir of Gombe. He ascended to the throne of his forefathers at the age of 36 years.
Coincidentally, the 7th Convocation of the Michael Okpara University of Agriculture, Umudike, Abia State, marked his first official public assignment following his appointment as Chancellor of the University.
The Royal Father has developed high reputation for industry and wealth creation as well as providing opportunities for many before becoming a traditional ruler. He developed the pedigree that convinced the government on his appointment and investiture as the Chancellor of Michael Okpara Federal University of Agriculture, Umudike, where on the 12th December, 2015, at the 7th Convocation ceremony, he was conferred with honorary doctorate degree.
The Emir of Gombe has made good credential, within the short time of his leadership, in promoting peace and cordial co-existence of the multi-ethnic population in Gombe State, including encouraging massive developments without discrimination.
Emir Abubakar Shehu Abubakar 111 has demonstrated that leadership is a service to humanity. His life is a practical demonstration of his message to the university in the image of his humane, transparency, humility, commitment, dedication and pragmatism in leadership.
Emir Abubakar Shehu Abubakar 111 used the occasion of the convocation to admonish the undergraduates and graduates of the school who have proved themselves worthy in character and learning that they are expected to be worthy ambassadors of the university anywhere they go. The Royal father noted that a lot have gone into nurturing the students to their current status. He urged them to show themselves worthy of the pains of training they have received as they step into the society where they should be guided by the principles of service to mankind in line with the philosophy of their alma mater. He enjoined them to make a positive difference wherever they find themselves.
While commending the Visitor, President Muhammadu Buhari, for considering him worthy to be associated with Michael Okpara University of Agriculture, Umudike, in the capacity of a Chancellor, he looked forward to a future of fruitful collaboration with the Government through the Federal Ministry of Education. The Royal Father expressed appreciations to the parents, guardians, friends and well-wishers in seeing the result of their labours invested in their children. He told them not to be despair nor rest on their oars in charting a good course for the youth of the country.
The Emir informed the President that some areas of need still persist in the University, noting that they revolve around the long standing issues of accessing the University land; in addition to approving the expansion of existing programmes to the benefit of the teaming population aspiring for tertiary education.
Emir Abubakar Shehu Abubakar 111 noted that there is ample evidence that Buhari administration is geared towards effective change in many sectors which education is inclusive.
One of the contestants to the throne, Alhaji Abubakar Yuguda Umar, expressed the belief that the prestigious award by the university did not stop at the Emir alone but to the entire royal family of Gombe Emirate. He observed that the Emir has started exhibiting good virtues of their ancestors. He strongly hoped that if the Emir is to continue the way he is doing, more good things will come to the state.

Share this on WhatsApp
Related Topics:Alhaji Abubakar Shehu Abubakar 111Emir of GombeGombe State Council of Emirs and chiefs
Up Next

Demolition of Oshodi Market not targeted at Igbo group — Igbokwe