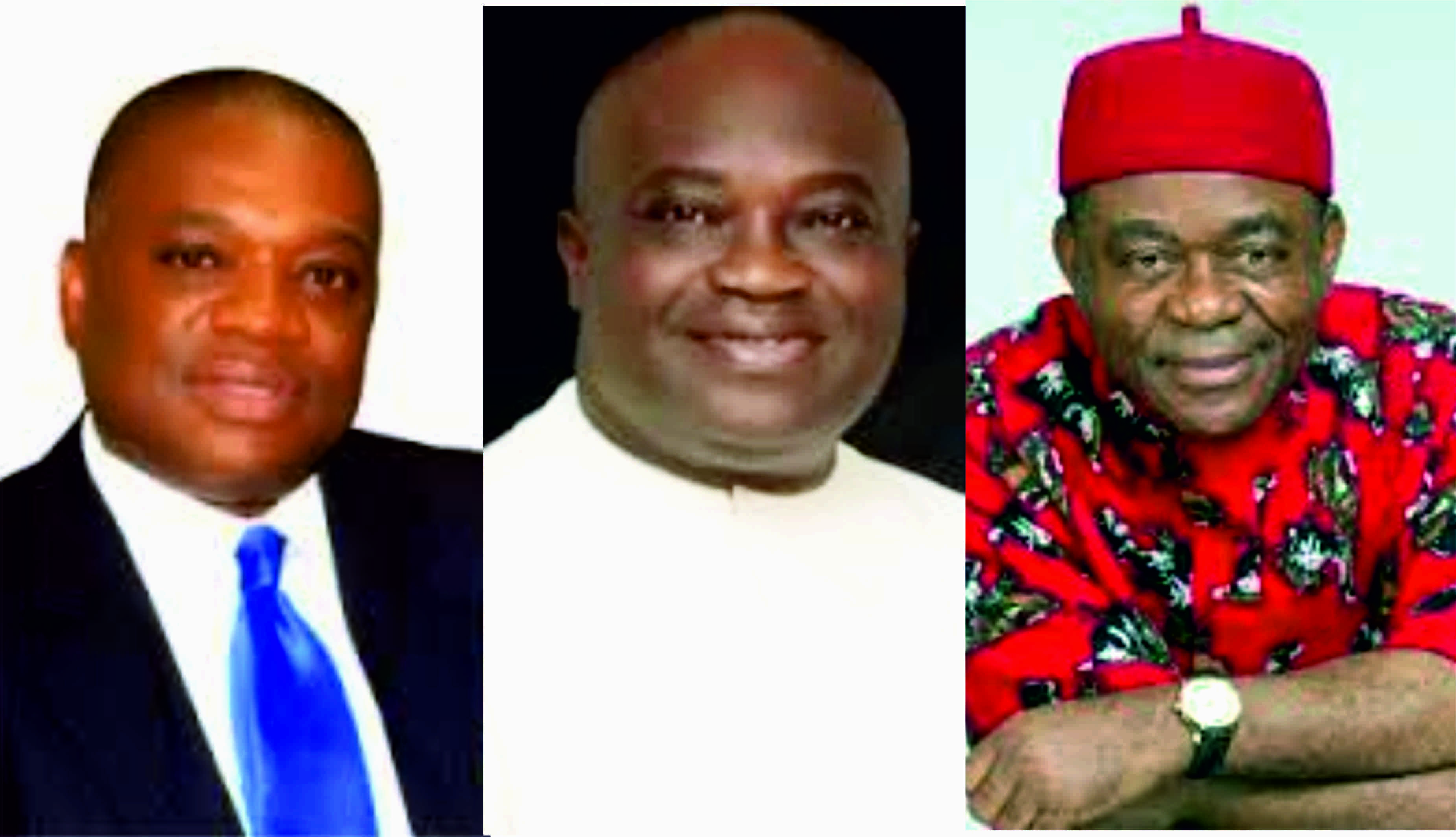 POLITICAL leadership is positively thriving when it pans by the advice and counsels of predecessors. The arrival of a political leader should not bring a government on a fresh start, constituting new members while predecessors are ousted. No, it should thrive on counsels of the ‘grays hairs’ who have successfully plied same route which it is about to route. Experience is the best teacher. That said in consideration of this text, the first hand experiences of successful emeriti a will save the incumbent a great deal of avoidable pitfalls.

If this position is acceptable as it should be, let me narrow my scope to a Nigerian state as the same system which obtains in one replicates in every other. Charity, no doubts stems from home. Therefore, I will use Abia State as a case for that is where I come from.

Abia State has produced three democratically elected governors (Dr. Orji Uzor Kalu, Chief Theodore Ahamefula Orji and Mr. Okezie Victor Ikpeazu) since 1999. Two of these statesmen have served out their eight year tenures without interruption which reveals that the state is at political peace. This can be seen as power has successfully rotated to each of the three zones in the state. It takes a good pacesetter to lead and good followers to maintain the set pace. Abia State has scored on the high margin in regards to power rotation and such shall be sustained as power is expected to return to Abia North in due time.

A family that has two aged elder still alive should not be in lack of wisdom and counsels, it should pride in the wisdom that will always come from these resource persons in running the affairs of the state. It is unwise to adopt tactical means in ousting them in the affairs of the state. They should be thoroughly unified in the government and not considered spent.
In the civil service, one is due for retirement when he has served the government for thirty-five years; in another case when he has attained the age of sixty. One may also be retired if he is involved in matters unethical to the service or wishes to voluntarily retire. Looking at the former governors of Abia State, they didn’t voluntarily retire, both served out their two terms of eight years, they were not stopped by the legislature or judiciary. They are both active in their endeavors even as one, T. A. Orji has past the age of sixty and due for retirement if in the civil service, Dr. Orji Kalu just crossed fifty-five.

Constituting a supreme council of state which will see to the coming together of past governors with the incumbent to brainstorm on the affairs of the state will in no small measure boost governance in the Abia state as words of our elders are words of wisdom. It is importunity when one who hasn’t been to a shrine advises the other on how to prostrate to a god. First hand advice is always the best. Why would a father be at home and a son travels to his maternal Uncle for counsel?

Many would say that constituting such would take more funds from the government but I would ask, how much is expensive to expend for wisdom and how much is much in propagating ignorance? Setting up legislations on how to award funds for the pension of a former governor who has less to contribute to the government is a foster to ignorance than when such monies are awarded to them and they are legally responsible to the government in terms of counseling. Will you contest that?

Constituting a Supreme Council will aide Ikpeazu much in overseeing the affairs of the state, ease governance and reduce political rifts. If Kalu is of the Northern Abia, Theodore from the Central and Ikpeazu from the Southern part, would the gathering of these men for a supreme councils meeting (if constituted) not be a gathering of Abia State? Should there be peace among these fathers of the state? Will that body not go a long way in serving, at a very good extent, as an alternative to dispute resolving? If this body is constituted and its constitution respected, will there be a case of a governor abandoning part of the state for the incoming governor to develop thereby creating splinter in the shell of state governance?

There are far reaching heights Abia state can go with the Supreme Council of state. The legislators should begin to foster bills that will see to the tangible growth of the state toward peace and development. Abia state just like any other state anywhere in the world can’t grow healthier when predecessors are considered spent and cast aside. In my primary and secondary school education years, I was schooled by retired school teachers who were reengaged for service. That was the model of my Al mar mata. Believe me; I earned sound knowledge from them. It is also quite different when a Masters Degree graduate teaches in comparison with the teaching of a qualified Professor. I talk from experience. So, I see no growth in a government that is counseled by political jobbers and upgraded political thugs. This is not limited to Abia State.

In our governments, we should foster peace and unity. If we say that the governorship of the state runs by equity, what stops the products of equity from constituting an assemblage in furtherance of such equity? By so doing, they can always meet one on one in dialoguing the state’s affairs. By extension, Igbo states (as a case) can have a strong body of past governors. Beyond reasonable doubts, this will go a long way in boosting Igbo think tank groups. In My Humble Opinion, I would suggest that every state government in Nigeria should constitute a supreme council of state which will capsule the former governors. Things being equal, Nigeria have seventy-two former governors, a greater percentage of their population are contributing less to the affairs of their states. Constituting a Supreme Council of State which would bring them closer will go a long way in propagating good governance in states across Nigeria. Izuoma Ibe, a sociologist, writes from Port Harcourt, Rivers State.

Ondo 2016: Ripples in APC over Akeredolu