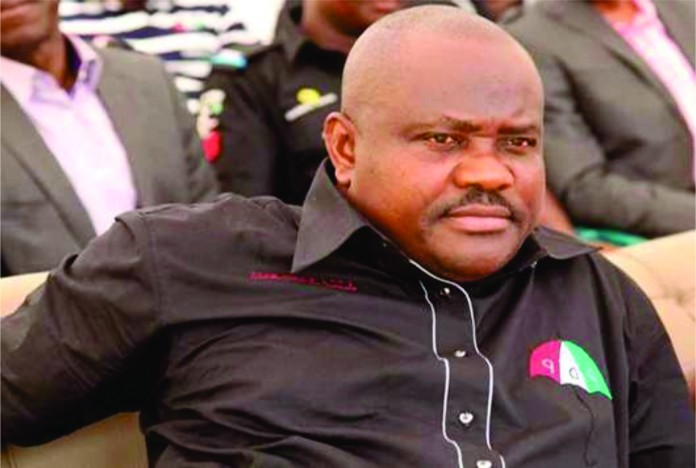 SEVERAL stakeholders in Rivers State have taken the task to cross-examine the Amnesty programme being implemented by Governor Nyesom Wike to tame crime and restore security in the state.

According to him the decision of Rives State to grant Amnesty to Cultists will resolve issue of kidnapping, cultism in Rivers State he stressed on the needs for those who has not received the Amnesty programme should come and join the Governor Wike Amnesty programme in order the regain their freedom.

The Rivers State Government has said its amnesty programme was not intended to give cash reward to repentant criminals and cultists in the state rather it is intended to provide a responsible rehabilitation for them. The State commissioner of information and Akujobi Amadi communications, Dr. Austin Tam – George made this clarification in Port Harcourt. the Information Commissioner said the explanation has become imperative following the mixed reactions and interpretations that have greeted the controversy when the Government announce the Amnesty Programme, Tam-George opined that the state government was not state Government was not interested in retributive justice, rather those who have decided to embrace peace and lay down their arms will be rehabilitated and accommodated and accommodated in the amnesty scheme.

According to him, the modalities of the amnesty will only be revealed when the boys are ready to lay down their arms, adding that the intention of the government was to give the repentant criminals a responsible rehabilitation.

“The State Government has its economic empowerment programmes through the N2 billion CBN Micro business scheme, we have already empowered 35,000 Micro business owners across the state.

Former President of Nigerian Bar Association, Okey Wali, Governor Wike Has the right to grant Amnesty to the repentant cultists he said when he was Attorney General and Commissioner for Justice in Rivers State. The former President Umaru Musa Yar’Adua declared Amnesty to the Niger Delta Militant, he commended Governor Wike for granting Amnesty to repentant cultists so that they can regain their freedom, he said that if you commit offence, and you repent the governor can grant you a pardon he stated that the only way to stop cultism and kidnapping in Rivers State is through intelligent gathering and crime prevention he said with the intelligence gathering can stop them before they would strike and know what they intended to do.

Mr. Romell Emenike said what the Governor what to do is leaking the wound and declaring Amnesty to cultists, added that the amnesty programme does not mean that the Government must give them money, those are the people that have committed crime their name are in the police list and other law enforcement agencies, there is no freedom any more now there are hiding in their camp, before if they are refuse to integrated into the society they will be arrested and persecuted he said that the amnesty programme should be bringing people together and make them to be integrated to the society, it is not about giving the money, I didn’t subscribed to that he said that there will be programme supported by government that they can embrace not given them Amnesty so I think that is good Government should set up a structure not to give Amnesty to repented Cultists and rechanneled their energy for something productive we need manpower, where is Governor gets the money to pay them, when Governor cannot pay salaries, some teachers have not received their salary, Wike you cannot give Amnesty to the people that was jailed before I believed this Amnesty is coming from the generosity of Governor Wike, they would be given money. The administration is also floating an Amnesty scheme for repented criminals in different local area who surrender their weapons to state security agencies and turn a new leaf, youth across the state are positively responding to the Amnesty offer in Ndoni/Obgema local government area of rivers state several youth have lay down their arms in line the Amnesty programme of the Rivers State Government determine to rid the state of cultists and kidnappers, Rivers State Governor Wike was directed the immediate demolition of acquired property through the crime in line with the and kidnapper and cultism law, the state has taking over the crime hide out of those arrested after ongoing demolition of their homes we have taking over the home of the king pin that we have also demolished.

Governor Wike appealed to the people of the state to continue to corporate with security agencies by providing relevant information that will lead to arrest hardened criminals, the fight to deluged violent across is being fought on all governor Wike has stated that nobody will be speared irrespective of his or her political inclination, in this struggle to rebuild in the security in all the community of Rivers State use will be no respect for the dropping of the names of prominent political parties in the state.