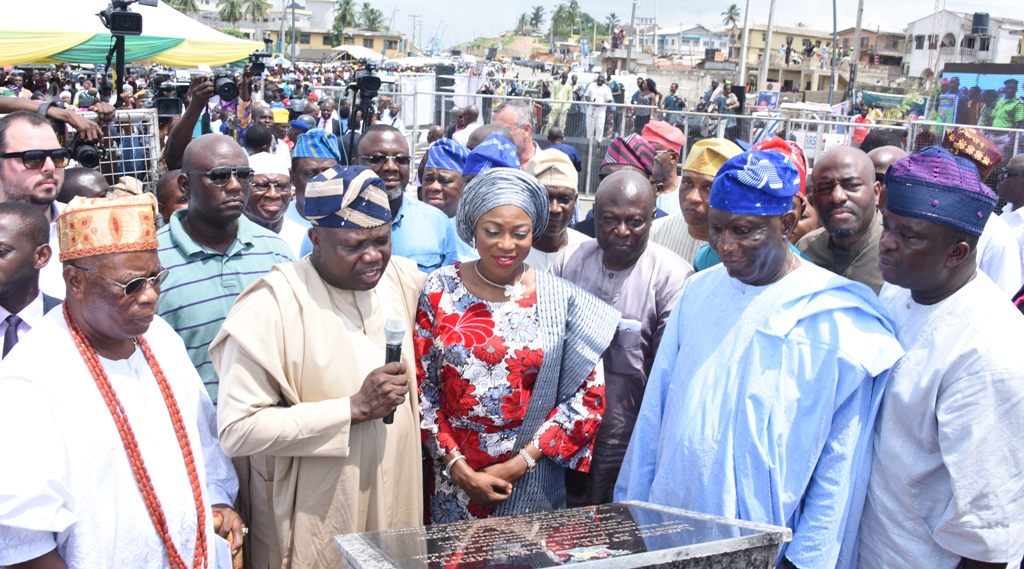 Share this on WhatsApp
Spread the love
Lagos State Governor, Mr. Akinwunmi Ambode, on Friday expressed appreciation to tax payers in the State for performing their civic obligations, revealing that the taxes paid have been judiciously utilized to make life comfortable for the people through implementation of several projects.
Governor Ambode, who spoke separately at Epe and Kosofe Local Governments where he commissioned network of roads, said tax payers deserve to be commended for their efforts at contributing to the development of the State.
“Our government is very grateful to Lagosians for their prayers and support particularly in the discharge of their civic responsibility through payment of taxes. It is my belief therefore, that we will continue to enjoy your unflinching support as we work together in transforming our State to the “Lagos of Our Dream”.
“On our part, we shall continue to ensure that your taxes are judiciously managed and utilized towards making life more comfortable for everybody,” he said.
Speaking at Epe, Governor Ambode revealed plans by his administration to construct a standard eight-lane road from Ikorodu to Epe via Agbowa, Itoikin and Ijebu-Ode.
He said the road project would be delivered through a Public Private Partnership (PPP) arrangement, while a Memorandum of Understanding (MoU) to that effect would be signed next week.
The Governor also revealed that in a bid to scale up the socio-economic integration of the South West region, the State Government in partnership with Ogun State, would construct a top-class road from Mojoda to Ijebu-Ode junction.
The roads reconstructed and upgraded under the Epe Phase 1 Project included Lagos Road (Oke Osho/T. Junction/Aiyetoro Roundabout), Professor Agbalajobi (Aiyetoro Garage/Ita Marun-Ottin) and Oloja Estate (Bature/Otunba Adeniyi/Omotayo/Uthman Mustapha/Adekunle Rahman) roads.
Governor Ambode, while commissioning the roads, said the completion of the project was in line with his promise during electioneering to address the challenges of gross infrastructural deficit, flooding and erosion that the people of Epe had lived with for decades.
He said: “It gladdens my heart to see that two years into the tenure of this administration, the dream of transforming Epe and its environs into a modern city is becoming a reality. The narrow roads are being redefined to give Epe a face lift. The network of roads have been complimented with street lights to provide illumination, improve security and enhance socio-economic activities.
ALSO SEE: Lagos history lecture now holds on May 24
“This is consistent with our pledge to ensure inclusive growth, where no part of the State will be left behind or neglected. The ongoing infrastructural development in Epe is a foundation for economic progress and development,” Governor Ambode said.
He added that the plan of his administration was to open Epe town to local and international investors who would be keen to take advantage of the ongoing transformation of Ibeju-Lekki axis which is currently being turned into an industrial hub.
Aside the roads, the Governor said the ongoing Epe Marina project, when completed, would turn Epe into a world class destination for tourists and adventure seekers.
Giving details on other road projects in the axis, the Governor said work had already commenced on the Phase II of the project from Oke-Oso-Araga-Poka and Epe-Poka-Mojoda road, while the proposed Phase III is the Mojoda to Ijebu-Ode junction road to be delivered in collaboration with Ogun State.
Besides, the Governor expressed optimism that the Ikorodu-Agbowa-Itoikin-Ijebu- Ode and Itoikin Epe road projects would provide viable alternative routes to Lekki-Eti-Osa-Epe Expressway which will witness increased vehicular movement resulting from industrial activities at the Lekki Free Trade Zone. 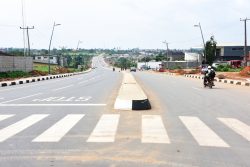 “We are optimistic that the future prosperity of Lagos State is secured. The development of the East-West wings of the State is our sure bet to prosperity,” he said.
While thanking the people for their support during construction of the roads, the Governor urged them to endeavor to get necessary permit before embarking on any construction to prevent demolition of structures for such future road projects.
“As we celebrate 50years of our dear State, there is no better way to say thank you to all the good people of Epe division than the provision of economic infrastructure that will help make the communities liveable and viable,” he said.
At Kosofe Local Government where he equally commissioned newly upgraded eights roads in Omotayo Banwo, Kola Iyaomolere, Omotayo Close, Adetunji Adegbite Street, Ogun Street, Goodluck Street and Prince Oyewunmi Streets, the Governor said the rehabilitation of the roads was part of the efforts to further improve road connectivity and reduce travel time in the axis.
He expressed happiness that the efforts of his administration in the axis was already paying off and had resulted in massive improvement in the flow of traffic to and from the Island via the Third Mainland Bridge as a result of the construction of Laybys, Alternative Routes and creation of more spaces for bus stops.
Specifically, the Governor said the newly upgraded Banwo and Iyaomolere roads would decongest traffic on Oworonshoki expressway by providing a link through Ogudu to Ikorodu expressway.
Share this on WhatsApp
Related Topics:Lagos State Govt.Mr. Akinwunmi Ambodetax payers
Up Next