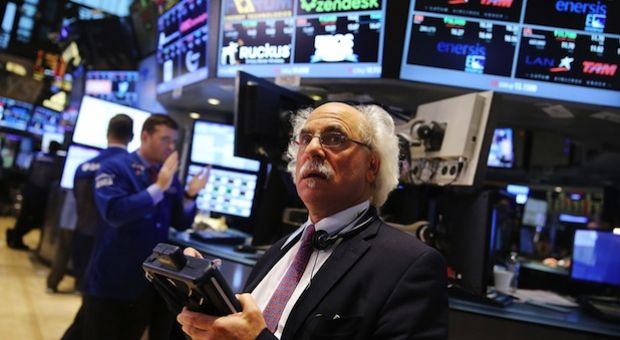 Ten years ago this month, the French bank BNP Paribas decided to limit investors’ access to the money they had deposited in three funds. It was the first loud signal of the financial stress that would, a year later, send the global economy into a tailspin. Yet the massive economic and financial dislocations that would come to a boil in late 2008 and continue through early 2009 – which brought the world to the brink of a devastating multi-year depression – took policymakers in advanced economies completely by surprise. They had clearly not paid enough attention to the lessons of crises in the emerging world.

Anyone who has experienced or studied developing-country financial crises will be painfully aware of their defining features. For starters, as the late Rüdiger Dornbusch argued, financial crises can take a long time to develop, but once they erupt, they tend to spread rapidly, widely, violently, and (seemingly) indiscriminately.

In this process of cascading failures, overall financial conditions quickly flip from feast to famine. Private credit factories that seemed indestructible are brought to their knees, and central banks and governments are confronted with tough, inherently uncertain policy choices. Moreover, policymakers also have to account for the risk of a “sudden stop” to economic activity, which can devastate employment, trade, and investment.

Marshaling a sufficiently comprehensive response to extreme financial stress becomes even more difficult, if not enough was done during the good times to ensure sustainable and inclusive growth. It becomes harder still when politicians are actively playing the blame game. In the end, the sociopolitical and institutional effects of a crisis can far outlast the economic and financial ones.

All of these lessons would have been useful to advanced-economy policymakers ten years ago. When BNP Paribas froze $2.2 billion worth of funds on August 9, 2007, it should have been obvious that more financial stress would be forthcoming. But policymakers drew the wrong conclusions, primarily for two reasons.

First, it took some time for policymakers to come to grips with the extent of the financial system’s latent instability, which had accumulated under their watch. Second, most policymakers in the advanced world were too dismissive of the idea that they had anything to learn from emerging countries’ experiences.

Unfortunately, these problems are yet to be fully resolved. In fact, there is a growing risk that politicians – many of whom are distracted and sidestepping their economic-governance responsibilities – may be missing the biggest historical insight of all: the importance of an economy’s underlying growth model.

Indeed, advanced-country politicians today still seem to be ignoring the limitations of an economic model that relies excessively on finance to create sustainable, inclusive growth. Though those limitations have been laid bare over the last ten years, policymakers did not strengthen adequately the growth model on which their economies depend. Instead, they often acted as if the crisis was merely a cyclical – albeit dramatic – shock, and assumed that the economy would bounce back in a V-like fashion, as it had typically done after a recession.

Because policymakers were initially captivated by cyclical thinking, they did not regard the financial crisis as a secular or epochal event. The result was that they purposely designed their policy responses to be “timely, targeted, and temporary.” Eventually, it became clear that the problem required a much broader, longer-term structural solution. But by that time, the political window of opportunity for bold actions had essentially closed.

Consequently, advanced economies took too long returning to pre-crisis GDP levels, and were unable to unleash their considerable growth potential. Worse, the growth that they did achieve in the years after the crisis was not inclusive; instead, the excessively wide income, wealth, and opportunity gaps in many advanced economies endured.

The longer this pattern persisted, the more advanced economies’ future growth prospects suffered. And what was previously unthinkable – both financially and politically – started to become possible, even likely.

A decade after the start of the crisis, advanced economies still have not decisively pivoted away from a growth model that is overly reliant on liquidity and leverage – first from private financial institutions, and then from central banks. They have yet to make sufficient investments in infrastructure, education, and human capital more generally. They have not addressed anti-growth distortions that undermine the efficacy of tax systems, financial intermediation, and trade. And they have failed to keep up with technology, taking advantage of the potential benefits of big data, machine learning, artificial intelligence, and new forms of mobility, while managing effectively the related risks.
Policymakers in the advanced world lagged in internalizing the relevant insights from emerging economies. But they now have the evidence and analytical capability to do so. It is in their power to avert more disappointments, tap into sources of sustainable growth, and tackle today’s alarming levels of inequality. The ball is in the political class’s court.