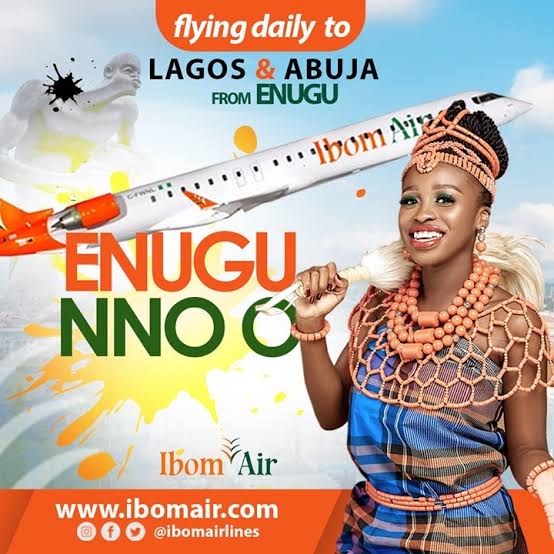 No sane person should resist the urge to visit Akwa Ibom for work or play. At least, not in our country where pristine places of peace are shrinking by the day. And so it was two weeks ago, when I was selected to lead a delegation of industry regulators to sprint through Abuja, Lagos and Enugu. I grabbed the opportunity with open arms and set out on the D-day with a fourth leg of the race in mind: a trip from Enugu to Uyo, to reconnect with my roots, feel the environment, see friends, attend a funeral and check out the condition of my land of birth.

The early morning flight from Abuja by Ibom Air was on time as usual. Little wonder their more than average ticket cost. Their unique selling points, built around on-time departure and service efficiency are the best in the industry. At 8.45 hours, the plane scheduled for take-off at 9.00am, was fully boarded and the doors shut. At five minutes to the expected time of departure (ETD), the landing gears left the ground with a boom, at full throttle, into the embrace of the open, peaceful cloudy sky.

Within moments, the usual onboard apocalyptic surreal thoughts raced through my heart. And my soul. It happens every time I fly. What if this is my last? What should I have done for my family that I did not do? If the worst happens, how would they cope? How did human beings get to trust the airplane so much that they literally surrender their lives to the pilot, the engines and the weather each time they fly, especially as 99.9% of air crashes result in the death of everyone on board? Yet we still fly? Did God know that humans would attempt to fly let alone adopt flying as the go-to means of transport? What lies in the great beyond? If we crash, would the death be painful or sudden? Why do we quarrel and fight when we all know that this world is a temporary home? Etc.

I looked outside the window and could see the lush greenery of Nigeria down there. Everything always looks good from the sky. The waters, the lakes and the rivers. The trees, the clouds, sunrays, the sky, the sun, etc. As we gained altitude, shiny rooftops started to sparkle like stars from the ground. Roads started to look like twines or greyed lines. The perfection of God’s creation stood still, while the plane tore through thin air. All I could see was harmony.

I sat back to discuss Nigeria and her contradictions, leadership, followership, corruption, political pressures, youth unemployment, family, etc., with Hon. Patrick Ifon – a member of the House of Representatives from Eket, on his way to Rwanda on a connecting flight. Ifon is a family friend from long time ago.

As soon as we landed the Murtala Mohammed Airport II – Ikeja, to an early drizzle, I quickly made a dash to the car park to catch Bolt or Uber out of town. Menacing men with spikes and drivels dotted the exit gate. They looked rough and ready to kill. Their mission I was told, was to force every vehicle bringing or picking anybody from MM2 (as the airport is called), to mandatorily use the multi-storey private car-park, opposite the main terminal. Of course, the service is not free. In commercial terms, it means that every car that drops-off or picks-up anybody/ passenger/visitor/tourist anywhere near the airport, must pay N500 to Wale Babalakin’s Bicourtney Limited by force, whether the car park service is needed or not. Else, your tyres are punctured, wheels clamped or car vandalized. You pay a heavy price if you dared resist this fraud.

I recall that Bicourtney was one of the many foggy _arrangee_ schemes, setup by the Obasanjo Administration to corner part of the proverbial national cake. They were concessionaires of MM2 for 99 years or so, to run it “as they like”. That airport has progressively decayed over time with smelly messy disease-infested lavatories, rowdy cramped spaces, faulty air-conditioning systems, malfunctioned elevators, intemperate corruption-soaked officials, etc. Under their care, MM2 has degenerated. The audacity of forcing vehicles to compulsorily park for N500 in the airport, speaks to a sustained culture of criminal extortion, pervasive in Nigeria. That is a story for another day.

I was in Lagos for business. However, I had one full free day. Therefore, I used the opportunity to hike around the town. From my hotel in VI, I went to Marina to see a long-lost cousin. She is popularly known as _Iya Calabar_. She runs _Calabar-Kitchen_, located by the foot of the defunct Savannah Bank Headquarters. While I was relishing and savoring her potpourri of dry-fish-rich _edikang ikong soup_ combined with home-made pounded yam, my mind was darting into the relic that has become of the imposing Savannah Bank building, which’s license was withdrawn by the regulators in 2002 under then President Olusegun Obasanjo’s regime (Obasanjo again!). The top bank was (or, can we say is?) owned by Jim Nwobodo, former governor of old Anambra State (where is he now by the way?), who was a confirmed strong man (by every index of that expression in Nigeria) in PDP. After the license was withdrawn, the deposit insurer took possession of its assets and premises, in discharge of their statutory mandate, ready to pay depositors. Jim Nwobodo went to court to allege bad faith on the part of the government. His position then was that Obasanjo acted in bad faith by ordering the takeover of his bank, to punish him for his ambition to seek the presidency in 2003. The court ordered all sides to “_*maintain status quo*_”. And the matter dragged. As usual.

In 2009, the Court of Appeal declared that the license should be restored, reprimanded the regulators, and awarded cost of N100 million to be paid to Jim Nwobodo and the bank. The regulators paid the money in full. They also vacated the premises of their 140 branches. Several engagements, meetings and interventions after, the bank has not opened. Not one depositor has been able to get any part of his/her money back, even as the promoters got an extra (and tidy) N100 million! I recall that the last time I was in Calabar, their local branch there had transmuted into an ICT company. I am sure, many of the other 139 branches have also been converted to other uses across the land. The thought of what might have befallen innocent victims of this Savannah quagmire, melted away all the good times that I was having in Lagos, as I hurried out yet again to MM2, to catch my next early-morning flight to Enugu by United Nigeria airline.

We landed Enugu later than scheduled. The pilot said there was traffic on the takeoff approach in Lagos. It was my second time through the Akanu Ibiam Airport, ever. Unlike before, we touched down to a brand-new runway. The pilot did not handle the landing approach very well, as we literally crashed into the runway. The tarmac was fresh and clean. The building was old and rustic but clean. Grasses were trimmed neat and tidy. Few meters away was a big bustling construction site, with an imposing edifice akin to the new train station at Iddo-Lagos. I asked and they told me it is the new terminal building under construction. I was relieved. Things are looking up.

Enugu looked tranquil and spotless. Life is easy in that town. No rush, no _wahala_. A colleague from the local office drove us to the venue of our engagement at Garden Avenue. Along the paved roads and manicured lawns, people were simply going about their businesses gingerly. In the heartland of the southeast? Again, many thoughts flashed through my heart. Is this not supposed to be the home of IPOB? How could a place this peaceful be at the throes and mercy of Nnamdi Kanu’s utopian Biafra adventure? Still, another story for another day.

By 2.00pm the next day, I was onboard an ABC Transport HiAce Bus heading to Uyo – Akwa Ibom. I needed this unofficial leg badly, to revisit my home after nearly two years, accentuated by covid-19 and the general insecurity in our land. We wafted through the bad stretch from Enugu town to the UNN campus in horror, completely stuck at different spots by fallen trucks. Then suddenly, everything was a breeze. All the way to Umuahia, the road was smooth like silk on both lanes. This must be one of the Buhari magic.

I recall, Enugu-Umuahia highway was every traveler’s nightmare in the last 20 years. Government after government abandoned such an important link between the eastern heartland and the north to the mercilessness of nature. Under previous federal administrations, the entire east was treated as a pariah zone. I lost the engine of my first car with the entire underbelly, to a ditch somewhere in the east in 2004. It has been so bad for so long. I used to curse their roads, until Buhari arrived.

Along the way, our major pain-point was the numerous military and police checkpoints, manned by gun totting “officers” who extort money openly from road users. I counted at least 42 of them. Everything else was good. Or so it seemed, until we crossed into the Umuahia-Ikot Ekpene nightmare.

Boy, that road is a disaster area! Indeed, calling it road, is an insult to the word. Everything that should go bad, has gone worse. Craters enough to consume ten lorries add special surrealistic heartbreak to this snaky shame of a nation. I checked my google map to find that it is just a 47-kilometer distance. The map told me it would take about three hours to Ikot-Ekpene by bus, one-hour by motor-bike and one-and-a-half hours by bicycle. Nothing could be more horrendous. So, I resigned to fate. Nothing to fear.