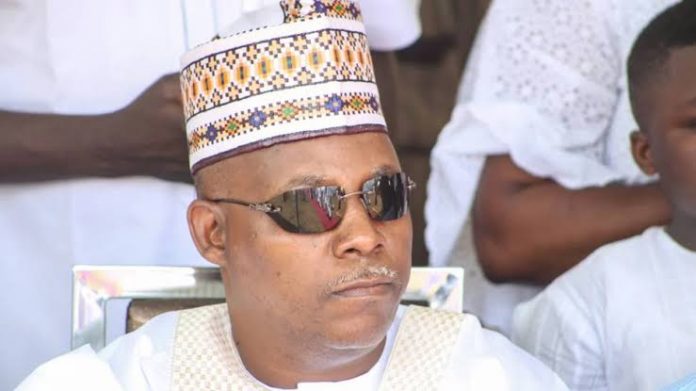 Former Borno State Governor, Senator Kashim Shettima, has assured that President Muhammadu Buhari, the All Progressives National Leader, Asiwaju Bola Ahmed Tinubu and other leaders of the ruling party will resolve the zoning issue in the fullest of time.

Speaking against the backdrop of the pervasive fears that the APC might be heading for a showdown over zoning, Shettima exuded confidence that the issue will be handled with tact and wisdom by the top hierarchy of the party.

The Senator representing Borno Central who spoke during a two-day high level mid-term retreat held in Ado-Ekiti, said ruling APC won’t disintegrate over presidential ticket contrary to insinuation that the party was on the verge of collapse over zoning.

He said it was too early for leaders of the All Progressive Congress (APC) to start heating up the polity about which section of the country will secure the party’s presidential slot in 2023.

He spoke alongside Minister of Works, Babatunde Raji Fashola on the essence of assessment by any government and the expediency of success after tenure for a leader to have enduring legacy.

“Don’t forget that our party still controls the Presidency. We have a leader and other competent leaders that can manage every crisis situation.

“At the appropriate time, our leaders will sit and take the most apt decision that will resolve the issue.

“APC is a party that is united and nothing can break us. I am confident that we will win the 2023 presidential election. APC still remains the party to beat because of the unity of purpose and togetherness as well as desire to deliver for Nigerians.

“So, I am confident and no cause for alarm, what you called controversy will be resolved in the fullest of time,” he assured.