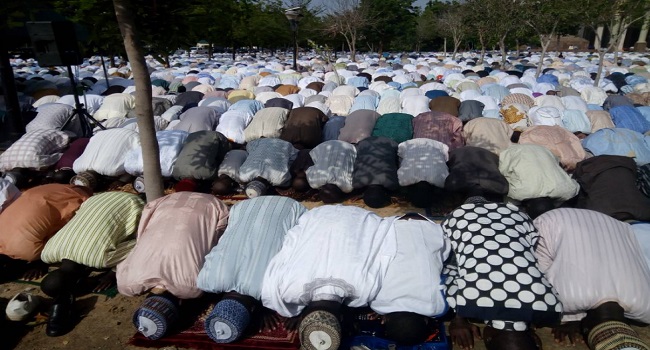 Two people have been killed after a truck ploughs into an Eid prayer ground, where some Muslims had gathered in Ijebu Igbo, Ogun state on Friday.

National Daily gathered that the incident happened while they were observing the Eid-ed-Kabir prayers.

A police officer was also reported “killed by a stray bullet in an ensuing melee shortly after the incident, throwing the entire community into confusion and mourning”.

The truck that was carrying woods had a break failure before ramming into the worshippers, leaving tens of others critically injured.

“I do not see reason why these trucks should be allowed to operate today. I and my family escaped this narrowly. As I speak to you three persons had died. It is very bad here this morning. The question is why should the truck be allowed to work today? Why? it quoted the witness as saying.

It added that the death of the policeman occurred when sporadic gunshots by the policemen drafted to quell looming violent protest by worshippers against the truck and its owners hit of him.

Residents were also reported to have claimed that the driver of the truck, Ope Sulaiman from Oke Agbo took to his heels.

Goke Adekunbi, chairman of Ijebu Igbo West local council development council area, was said to have appealed for calm assuring residents that necessary steps would be taken on the matter.