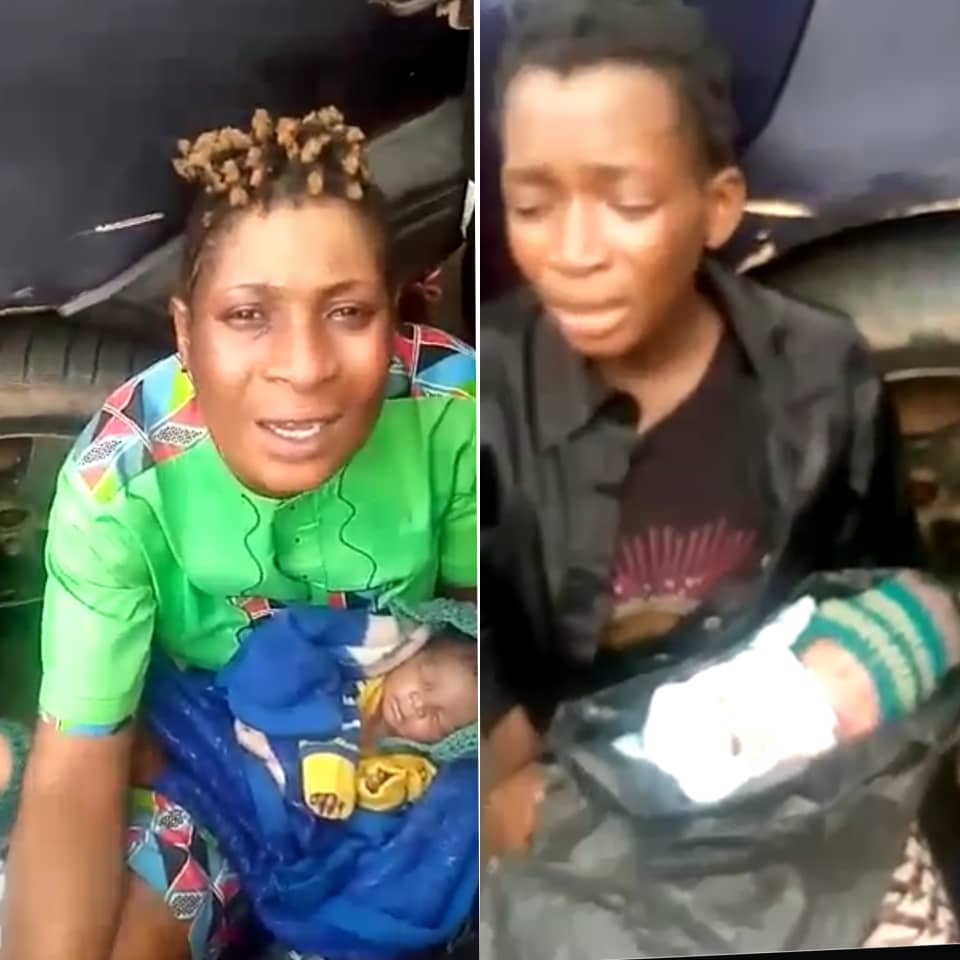 Two women have been arrested in Ebonyi state with a set of twins they stole and were on their way to sell them.

In a video making the rounds on social media, the women were said to have been intercepted in a commercial bus while on their way to Lagos by vigilante members.

When interrogated, one of them who gave her name as Gloria, said she and the other female suspects were heading to Lagos to sell the babies to her ”Aunty”.

Share this on WhatsApp
Related Topics:Ebonyihuman traffickingLagosstealingTwinsTwo women
Up Next