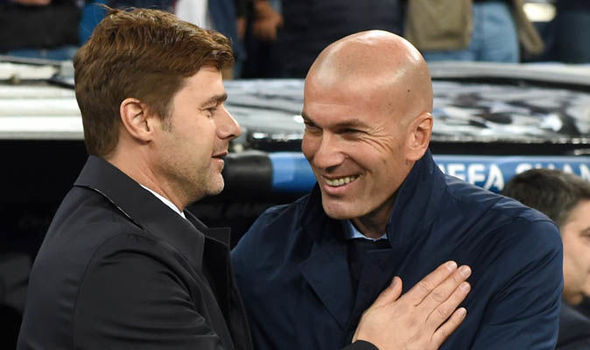 And following Solskjaer’s sack, some names have emerged as possible candidate to replace the Norwegian. Prominent on the list are former Real Madrid manager Zinedine Zidane and Paris Saint-Germain boss Mauricio Pochettino amongst others.

While National Daily understands that the latter appears to be United’s number one target, the Argentine appears to be most likely to head to Old Trafford after it was reported that the 49-year-old has intimated his immediate desire for the move.

And with Michael Carrick serving as caretaker boss this week, National Daily further learnt that United had planned to appoint an interim boss until the end of the season.

Meanwhile, the plan for an interim boss could yet change going by the recent reports which suggest that Pochettino would be willing to return to the Premier League now, rather than waiting until the end of the current campaign.

And while it is thought that Zidane has already declared to United his lack of desire on the vacant Old Trafford job amidst his interest in French national team or Paris Saint-Germain job, National Daily gathered from the claim by the Spanish outlet Marca that there is already an idea within the PSG dressing room that the ex-Madrid boss arrival is ‘imminent’.

The report further adds that players are already are believed to be privately discussing the possibility of the France legend replacing Pochettino, sensing the move could happen.

Meanwhile, Pochettino is also understood to be unsatisfied with the culture of PSG where his role is strictly a first-team coach with broader footballing issues overseen by sporting director Leonardo coupled with the Argentine’s family still residing in England.