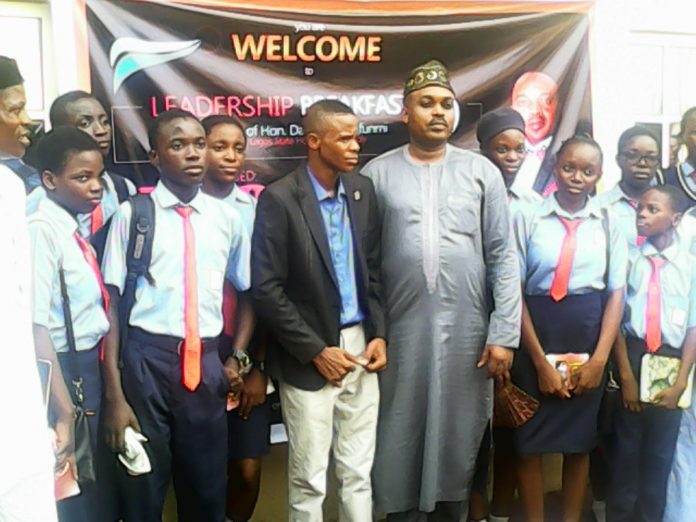 The Nigerian youths have been charged to own up to their desired future, by deliberately and jointly seeking improvement through capacity in order for them to seamlessly take hold of the reins of  leadership.

This form the thrust of discussion at Leadership Breakfast Session tagged “Take the Lead: Redefining Leadership Among Nigerian Youths”, organised by StoneBridge platform in honour of Mr Dayo Saka Fafunmi representing Ifako-Ijaiye Constituency I at the Lagos State House of Assembly.

Hon. Dayo Saka-Fafunmi who felt challenged to push further the frontiers of purposeful education amidst his constituents by the gesture opined that, the youths can be anything and anywhere they desire through intensive and deliberate capacity building efforts they make individually.

He stressed that the programme was borne out of the need for the youth to take the lead instead of taking the back seat.

ALSO SEE: Unemployment scourge: Over 12,000 in contest for 1,900 teaching jobs in Katsina

“We need to re-orientate and prepare the youths for the greater task ahead. It is like a wake up call for the youths to believe in themselves,”

“Ours is a jet age generation where virtually everything is done via the internet the moment you do the # hash tag thing you know what it means, generally this programme is for the youths not to put their failures at the door steps of any leader.

“It is for them to know that their success and failure lies in their own hands, many of them are complacent, they fail to task themselves academically to be informed about new ideologies and techniques unfolding daily and therefore becomes unemployable.

The dynamic lawmaker urged government across levels to invest more in education sector to curb vices most youth engaged in.

The lawmaker also promised to hold another session of the programme in October, which  will address all issues highlighted and proffer solutions, adding that 20 students each from schools within Ifako Ijaiye will be in attendance and they will be expected to come with their parents.

The event witnessed the launch of a book titled ‘Stand out’ by Mr. James Adekola Personal Assistance to Saka Fafunmi

However the keynote speaker at the forum,Dr ‘Tunde Adeoye, a Senior Lecturer in the Department of Economics, University of Lagos harps on potentials inherent in the youths and
the attendant effects available if not well harnessed.

“Youths are the building blocks of every developed nation. The stronger the youth of a country, the more developed the country.

“In order to redesign youth leadership in Nigeria and make them contribute meaningfully to nation building, it is a duty for all-the government, parents and youths themselves.

“The energy and brightness of the minds of youth act as torch bearer for national development. The countries which utilise their youth in positive direction are more developed.

“The youth of a nation are the trustees of posterity,” Adeoye said.

He decried the neglect of the youth in the scheme of things by successive administrations, stressing that such development had been the bane of national growth.

“The future of the youth has been mortgaged for selfish gains when youths have been denied  benefits of good education and when their minds have been infected with low morality and loss of values.

“Why won’t it be so when government’s plans and readiness to revive youth unproductivity is but a mere lip service?

“They only engage the youths during election and turn them into electoral thugs instead of building enough schools and creating adequate employment opportunity.

“The youth are the architect of their misfortune because they have internalised the wrong precedence of corrupt politicians. They are ideologically bankrupt and in a state of confusion.

One of the panelists, Mr Rotimi Olowo, lawmaker representing Somolu I in the Lagos Assembly corroborated the advocacy for youth involvement in leadership.

Olowo, who stressed the importance of youth education and capacity building, said that the country was bereft of committed and patriotic leaders.

“Nigeria has been recycling old,tired and retired hands in its political sphere without giving ample opportunity for youths,urging the youths to come together with prerequisite education, knowledge and training,”

According to him, a leader must be selfless, loving, sacrificial and visionary.

The event  featured series of talks on the need for qualitative education, entrepreneurial and business skills for the youth. 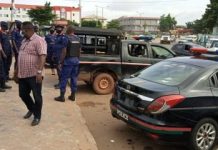