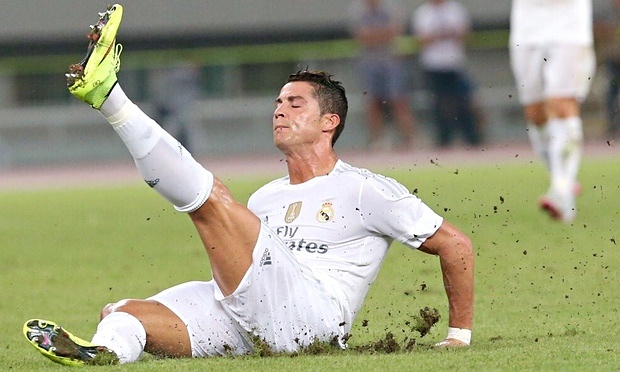 Share this on WhatsApp
Spread the love
By Boluwatife Ezekiel Olaleye
Real Madrid stars are reportedly turning against Cristiano Ronaldo as the dressing room unrest at the Bernabeu deepens.
Zinedine Zidane’s men are 16 points behind Barcelona in the title race following a dismal start to the campaign.
Ronaldo scooped his fifth Ballon d’Or in 2017 but the Portuguese star has managed just four league goals for his club and has come under fire for his poor form.
ALSO SEE: Arsenal and Liverpool dealt major blow as Barca star doesn’t want to leave Barcelona
And it has been claimed that Ronaldo’s teammates are unhappy with the 32-year-old.
Diario Gol says Isco, Marcos Asensio, Lucas Vazquez, Dani Ceballos and Sergio Ramos have all grown tired of the former Manchester United star’s ego.
Meanwhile, Zidane has ruled out any January reinforcements, despite their struggles.
Share this on WhatsApp
Related Topics:Cristiano RonaldoDani CeballosIscoLucas VazquezMarcos AsensioReal Madrid FCSergio Ramos
Up Next

Abidal reveals what Messi told him while he was battling cancer