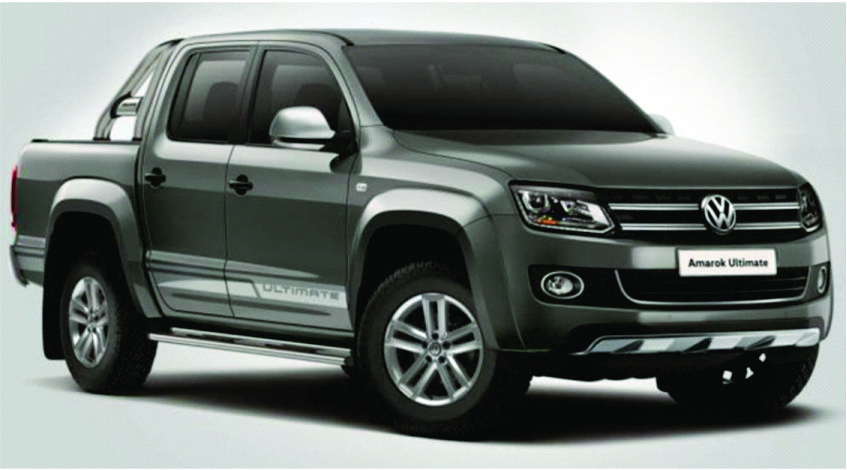 VOLKSWAGEN has created what it reckons is the ‘Ultimate’ Amarok, but rather than kit it out with snorkels, winches and enough off-road accessories to win any fire-side bragging marathon, VW is instead chasing urban cool factor here with some rather snazzy features.

To that end, the Amarok Ultimate special edition is the first 1-ton pick-up truck in Nigeria to come standard with Bi-xenon headlights with LED daytime running lights, which promise improved lighting and a more modern appearance.

Inside you’ll find heated front seats, finished in either Vienna or Alcantara leather as well as unique velour floor mats andaluminum pedal caps. Over and above the comprehensive list of features that you get in the Highline double cab model that it’s based on, the Ultimate adds standard park distance control with reverse camera.

The edition is only available in 4×4 automatic guises, powered by VW’s 132kW/420Nm 2-litre twin-turbodiesel engine. Unlike other bakkies, this version of the Amarok has permanent four-wheel drive, and it’s also got eight forward ratios, with first gear performing the role of a low-range ratio.