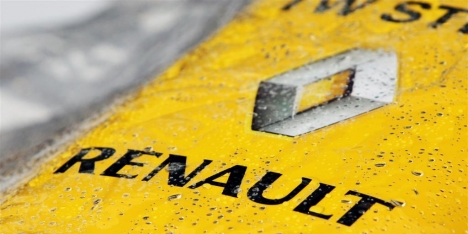 RENAULT has promised to come up with a technical plan to bring down harmful emissions of its vehicles.
Part of technical plan it was gathered included the recalling of about 15,000 vehicles before they go sale to check their engines.
Last week, a government-appointed commission said that Renault’s diesel cars failed pollution tests and investigators raided its facilities, raising fears the French carmaker could be caught up in an emissions scandal similar to the one engulfing Volkswagen, which has admitted to using cheating software to fool tests.
The commission said test results on French and foreign vehicles had found carbon dioxide and nitrogen dioxide emissions in Renault cars to be too high, as were those of several non-French.
However, Renault sales Director, Thierry Koskas during a presentation on the Groups’ 2015 sales performance said Renault didn’t use any cheat mechanism. “We are working on a technical plan which should allow us to cut emissions. The plan is being elaborated by our engineering team and will be presented in coming weeks,” he added.
“Renault did not cheat,” Koskas said, referring to questions raised last week over how emissions levels could be so different between test conditions and real conditions on the road.
“I want to restate this very firmly,” he said. “We are not using any software or other (fraudulent) methods.”
“In test conditions, we respect emissions norms,” he said.
He gave no details of what the “technical plan” may entail, but said that Renault would be meeting with the government-appointed commission this week for “technical discussions”.
Shares in Renault and other car companies skidded last week amid fears that the emissions scandal engulfing Volkswagen may be spreading sector-wide.
Renault stocks slumped by more than 20 percent during Thursday’s session after unions reported that anti-fraud investigators had raided several of the company’s sites, possibly looking for emissions cheating software on diesel engines, before closing around 10 percent lower. On Friday, they lost another 3.4 percent.
The commission, set up in the wake of the #Dieselgate scandal engulfing Volkswagen, tested vehicles from eight French and foreign brands, finding carbon dioxide and nitrogen dioxide emissions from Renault cars to be too high, as well as those in some non-French models.
Renault sales director Thierry Koskas insisted the company was not cheating but acknowledged a problem had emerged between test and real road conditions.