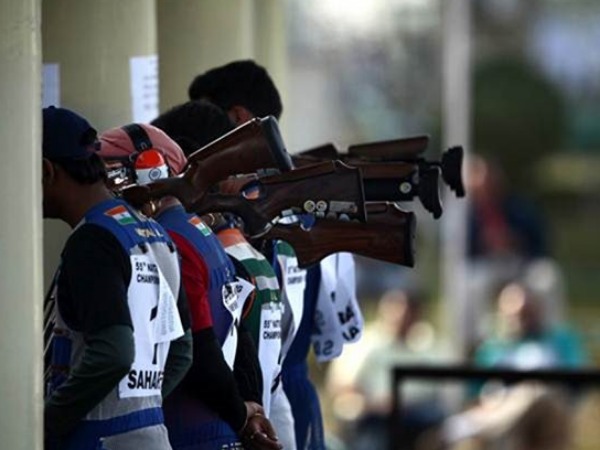 Share this on WhatsApp
Spread the love
By Esther Egbe
The Nigerian Shooting Federation, NSFB, says it has concluded all plans to host a hitch-free maiden   & COMPETITION for Sports journalists resident in Nigeria National Daily gathered.
Set to hold at the National Shooting Range, Package B of the Abuja National Stadium, from 20th to 22nd February,  2018, the Federation, through its Media Officer, Eche Amos, says it has secured accommodation, feeding and kits for the over fourty (40) media personnel drawn from Radio, Television,  Newspaper, and New Media Organizations who have indicated interest to partake in the three-day programme National Daily learnt.
Day one of the event(20-02-2018) will feature the arrival/orientation/theories on the sport and or how it should be reported/covered by sports journalists to the heterogeneous Nigerian and global audience and uses and applications of Air Rifle, Air Pistol, Laser Run Game, Paint Ball Game and other technically-related games and weapons NationalDaily gathered.
Day two ( 21-02-2018) features the practical applications of all over-listed weapons, with the Shooting Competition alternating to determine the best Shooting Sport Journalists.
Quoting the President of the Nigerian Shooting Federation,  Brigadier General Lonsdale Adeoye(rtd), the Media Officer says , “Certificate of Participation will be issued to all participants at the end of the programme, which automatically qualifies them to attend and cover all Shooting Sport  Workshops and Competitions across the world.”
High-profile dignitaries are expected to grace the grand finale(day three) of the event , billed for 22nd February, 2018, by 10.00am,  among whom are the Minister of Sports and Youth Development, Barrister Solomon Dalung, Countries’ Ambassadors, Presidents of the various Sports Federations in Nigeria, Service men, and Captains of Industries.
Share this on WhatsApp
Related Topics:'MEDIA SHOOTING WORKSHOPNSFB
Up Next