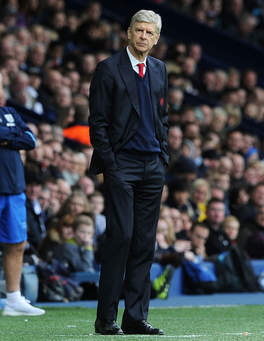 The Alsatian technician, who has been the object of many envy since his departure from Arsenal last summer, would have decided to delay in order to offer Paris Saint-Germain the necessary time to send him a firm offer for a post sports director.
Mutual will?

The ball is in the PSG camp. This is basically the message that the former Gunners coach intends to send to the capital. According to our information, Arsène Wenger put in suspense these last days the proposals of which it is the object (FIFA, UEFA and American selection) to allow the club of the capital to beef up its offer.
The hypothesis of a return of Arsene Wenger in Ligue 1 is not new. Numerous meetings have been held since November with the Parisian leaders, in Qatar in particular, where the Sheik Al-Thani directly expressed his interest, wishing also to obtain advice for the national selection Qatar. According to our information, a vast restructuring operation of the club’s organizational chart was even planned, in the presence of Sheik, on the night of the return match of the group stage of the Champions League against Liverpool. The positive outcome of the first phase finally led the Parisian leaders to cancel an appointment yet planned with the French technician. A last reprieve for Antero Henrique?
The Arsène Wenger file can boast of strengths in-house. Supported notably by members of the management, the PSG could hold – more than one month after its end – its best rookie of the winter mercato.
Noxious atmosphere

The Wenger option resurfaced in an explosive internal context, fueled by the disagreements between Thomas Tuchel and Antero Henrique. The presence of the sports director is always the main obstacle to the arrival of Arsène Wenger. Nevertheless, the arrival of the French does not reach consensus within the club and a balance of power has been put in place.
For its part, the Portuguese sports director sees day by day the list of his supporters crumbling, as that of his opponents grows. In the middle of the Champions League campaign, progress on the Wenger file should be discreet. At least until March 6th