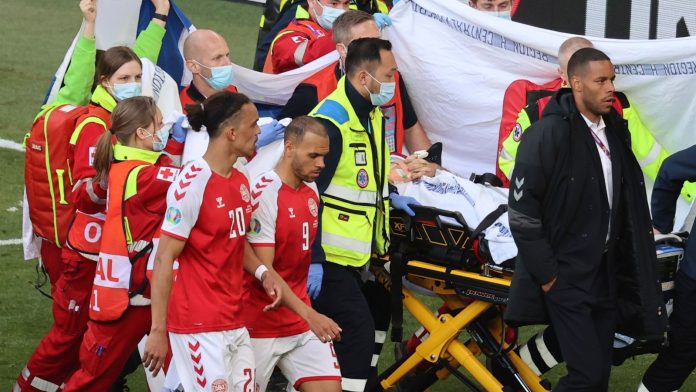 The term CPR stands for cardiopulmonary resuscitation and it is a medical technique which is given to someone who goes into cardiac arrest.

The world football came to a halt on Saturday when Danish playmaker Christian Eriksen collapsed while in action for Denmark against Finland in the ongoing Euro 2020 tournament.

While many of the world football lovers feared for the worst at Eriksen’s sudden collapse, his team captain Simon Kjaer was able to clear his team-mate’s airways and start the life-saving CPR technique, which was continued with the aid of a defibrillator and professional medical staff.

And thankfully, Kjaer’s first aid skills proved vital and Eriksen is now recovering in hospital and considered to be out of danger.

Though CPR is quite easy to learn and it can be the difference between life and death before emergency medical services can arrive to help out, but many players have been left unfortunate and were unable to survive similar cardiac arrest related issue.

Notable amongst them were these Nigerian players:

August 12, 1989 brought a dark day in Nigerian football when Samuel Okwaraji collapsed and died in the 77th minute while playing for Nigeria in a World Cup Qualifier against Angola in Lagos.

A further autopsy showed that the 24-year-old had an enlarged heart and high blood pressure.

Okwaraji’s death was so painful in the hearts of many because he was great personality with an accomplished carrier outside football. He was also a qualified lawyer who had a masters in international law from the Pontifical Lateran University of Rome.

October 29, 1995 Nigerian football witnessed yet another sad moment when Amir Angwe who played for Julius Berger and had previously represented the national team died following a heart attack in an African Cup Winners’ Cup match against Mozambique side Maxaquene.

Sadly again, on May 26, 2009 Orobosan Adun of Warri Wolves FC who was earlier assaulted before an away match by thugs suspected to be fans of the opposition Enugu Rangers team died during a training session three days later as a result of internal haemorrhage.

The pain of Nigerian players heart related deaths continued when Emmanuel Ogoli on December 12, 2010 collapsed on the pitch while playing for Ocean Boys, and died later in hospital.

Ogoli had earlier received a “horror injury” in a match on November 14, 2010. Strangely, both the Nigeria Premier League and the Nigeria Football Federation announced separate investigations into his death

The most recent was the agonizing death of Chineme Martins on March 8, 2020 when he sadly collapsed on the pitch during a league game for Nasarawa United against Katsina United.

National Daily can confirm that some other Nigerian players outside the shores of the country have also been unfortunate with cardiac arrest related issues while in action.

In Febrauary, 2000 Nigerian John Ikoroma of Al-Wahda S.C.C collapsed on the pitch and later died in the hospital.

Endurance Idahor also on March 6, 2010 collapsed during the match of his Sudanese club Al Merreikh against Alamal Atbara where he eventually died in the ambulance.

Further autopsy report revealed that he suffered a circulatory collapse from a heart attack..

Wilson Mene who was playing in Metfone Cambodian League on May 8, 2010 collapsed during a league match.

Chinonso Henry on August 5, 2012 regrettably collapsed due to heart failure during a friendly game against FC Balotesti in the 86th minute, after having been brought on for only 10 minutes.

With the temperature being 40 °C, doctors tried reviving the Nigerian player for 30 minutes before declaring him dead.

Henry’s case was quite a pathetic one because he had supposedly under gone a health tests a week before his death with no signs of problems detected.

On October 7, 2012 Joshua Pepple collapsed and died on the pitch from a heart attack in a league game against Iskierka Szczecin.

Shetemi Ayetigbo who was a Nigerian-Irish footballer on May 31, 2015 had collapsed and died during a Dublin & District Schoolboy League game against St Kevin’s Boys.

On June 13, 2015 David Oniya collapsed just three minutes after kick-off in a friendly match against Kelantan and died less one hour later in hospital

Yet again, Michael Umanika, a Nigerian midfielder for Zagatala PFK on August 15, 2016 collapsed and died during a team training session in Zagatala as a result of suspected heart attack.

There is no doubt that sports directors especially in Nigeria have seen from Eriksen’s recent situation what it means to have swift, efficient and competent medical equipment and personnel around us at such delicate moments with efforts to comply 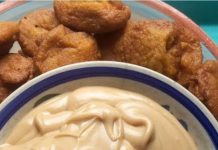