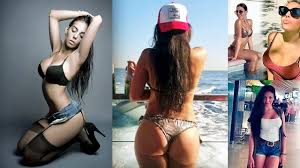 Amid speculation that Cristiano Ronaldo and Georgina Rodriguez are preparing to get married, a report has revealed how much a possible engagement ring cost the Real Madrid superstar.

Neither have officially confirmed that they’ve taken a big step forward in their relationship, having now been together quite some time as well as having had a child together.

Rodriguez is regularly snapped on Instagram looking after Ronaldo’s children, and so the couple seem very tight and very much planning a long future together.

According to The Sun, after speculation was rife following a photo which appeared to show Rodriguez wearing an engagement ring, they’ve suggested that they’ve found the Cartier ring she was wearing and it may have cost the Portuguese superstar no less than a staggering £615,000.

Her social media following went crazy after the short video was posted on Instagram stories, sparking huge rumours that the pair are planning to tie the knot at some stage.

With Real Madrid booking their place in the Champions League final, coupled with his participation at the World Cup in Russia this summer, it remains to be seen whether or not Ronaldo is planning to take time out of his busy schedule and wed Rodriguez later this summer.

Based on the photographs we’ve seen, he’d be a very lucky man to be married to her…