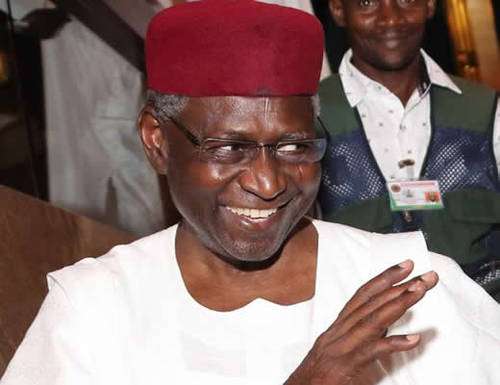 President Muhammadu Buhari may have narrowed down his choice of a substantive Minister of Petroleum Resources for his second term to Abba Kyari, his Chief of Staff, as against the current GMD of the NNPC nor the Minister of State for Petroleum, Dr. Ibe Kachikwu, National Daily has gathered.

The portfolio is currently held by President Muhammadu Buhari in continuation of a trend started by former President Olusegun Obasanjo who served as Minister of Petroleum and Minister of State for Petroleum Resources during his administration.

The trend was discontinued by late President Umaru Yar’adua and his predecessor, Goodluck Jonathan. The ministry, understandably, is regarded as Nigeria’s juiciest for the holder and the ATM (Automated Teller Machine) of successive presidents.

Presidency sources said Buhari is ready to relinquish the Ministry of petroleum portfolio and is actually looking in the direction of Maikanti Baru, the GMD of NNPC to replace him but current indices do not favour him.

National Daily gathered from sources that the President Buhari reportedly wants a man in his own image; austere and incorruptible. However, Baru still has the spectre of the $25billion contracts haunting him.

But Kyari has proven himself to Buhari in the last four years.

In spite of the power he wields in and outside the presidency, he has done well to remain virtually untainted and earned the trust of the president in the process. He also a member of the NNPC board.

Kyari, who possesses a bachelor’s and master’s degrees in law from the University of Cambridge, is reportedly poring over decades of documents and books on how to reposition the ministry when he takes over.

On his part, Dr. Kachikwu on his part, according to presidency sources may also be by-passed.

Before venturing into public office, Kachikwu, who has a PhD in law from Harvard University, had made good in the oil industry where he rose to become Executive Vice Chairman at Exxon Mobil.

So, his emergence as a junior minister under the austere President Mohammed Buhari as substantive minister in the ministry was fancied and fantasised by Nigerians to bring an end to the age-long troubles bedevilling that sector.

It would turn out to be a mere fantasy after all. Kachikwu had, in an interview with the BBC in 2017, vowed to resign if Nigeria continued to import fuel by 2019.

In the interview, Kachikwu promised to deliver on the completion of the refineries, noting that he was committed to delivering a future for oil in Nigeria. “2019 is the target time… I target 2019. If I don’t achieve it, I will walk (resign)…I put the date and I will achieve it,” the minister had said.

Alas, by the end of 2018, Kachikwu sheepishly recanted, saying that Nigeria’s desire to achieve fuel sufficiency may not be realisable in 2019 but in 2020.