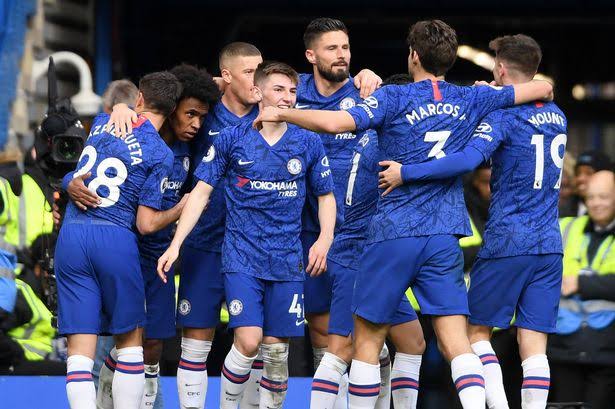 Liverpool football club have won the 2019/2020 Premier League Officially.
Liverpool had beaten Crystal Palace 4 nil on Wednesday night and had to wait untill Thursday night to be officially Champions.
The Reds became champions after Chelsea beat Manchester City 2-1 on Thursday night courtesy goals from from Christian Pulisic, and Willian who scored from the Spot.
However Man city was able to get one in from a freekick taken by Kevin De Bruyne.
And that’s how a 30-year wait ended in glory for Liverpool.
The Chelsea  match  against ManCity ended in a surprise victory for the blues.
Was there anything at stake?
Yes.
A small matter of Top 4 was at stake for Chelsea.
Chelsea was sitting comfy at number 4.
There 2-1 win over Aston Villa on Sunday, courtesy of come-back redemption goals from Christian Pulisic and Olivier Giroud, ensured that the Blues took full advantage of the situation.
Leicester City’s goalless draw with Brighton made a 3rd place a possible mission. Since it now means only four points separates them from the Foxes.
So Chelsea was eyeing position number 3. The fight for them was one they wanted to take in pride and something to kill for. And the did just that, they killed City.
City isn’t fighting for top 4. They have it, even though we don’t know if that means anything good for them aside the money they stand to gain based on the level they end the season with. Since we are yet to know the final decision with their UCL banning.
But Pep’s men was fighting to keep a record in tact. They boasted of some proud records such as biggest title-winning margin and most points in a season which they wanted to maintain.
They played without Aguero who had embarked on a medical tourism. But Kevin De Bruyne, Raheem Sterling and Aymeric Laporte’s returning to the first team squad was a plus that just didn’t do it for City.
After scoring 8 goals in two matches for City. Pundits thought they could make it at least 10 im match against Chelsea. John Stones didn’t play and City who have maintained a clean sheet in the last two games couldn’t maintain the records.