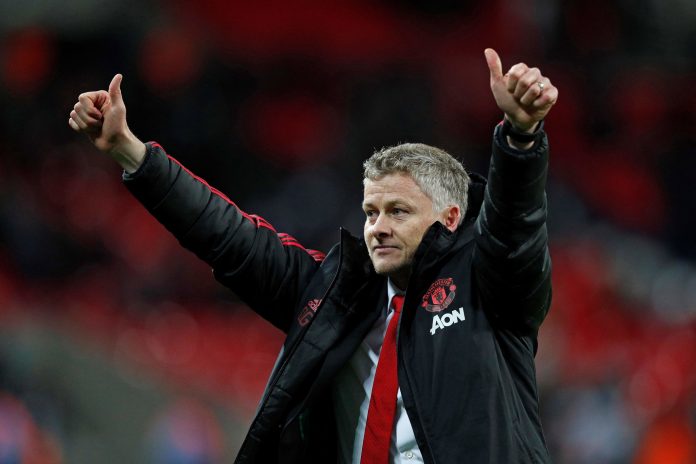 The desire of every Red Devils’ supporter is to see United challenge for major trophies with a formidable squad.

Ole Gunnar Solskjaer who began his reign as United boss as a Caretaker manager in December, 2018 has commenced with United’s rebuilding process since his charge as permanent manager in March, 2019.

The Norwegian has successfully acquired the services of Aaron Wan-Bissaka, Harry Maguire and Daniel James from Crystal Palace, Leicester City and Swansea respectively in his first transfer market business.

Solskjaer further recruited Bruno Fernandes from Sporting Lisbon while also securing Odion Ighalo from Shanghai Shenhua on loan. Remarkably, these acquisitions have turned good for United who currently sit fifth on the English Premiership table and were in a devastating form prior to the Covid 19 pandemic forced EPL break.

Interestingly for United fans, Solskjaer has admitted he would be happy to continue with his current squad – but it would be silly to say otherwise if he wants to keep the harmony for the rest of this season.

National Daily understands that United have set eyes on Borussia Dortmund’s winger Jadon Sancho as top of their summer shopping list but they must shell out £100million to capture the England International.

Similarly, it is believed that United are considering bringing Aston Villa’s captain Jack Grealish to Old Trafford while also contemplating the acquisition of a new defensive partner for Harry Maguire in their bid to rebuild the Old Trafford club.

Painfully, Solskjaer’s side may struggle to finish in the top four this season but National Daily can confirm that the 47-year-old has vowed to strengthen his side to try and close the gap to those flying high at the top of the Premier League table.

“Manchester City and Liverpool, the last couple of seasons, have put the standard where it should be to win the league,” said Solskjaer.

“We’ve developed over the season and now we had a spell of 12 unbeaten and now you add Paul Pogba and Marcus Rashford to that and you’re thinking, ‘Yeah, we’re not too far away’ and I’m very happy with the squad.

“If there are any good deals to be made and players to make us better of course we might have to spend some money on that but the squad is great to work with and it’s moving in the right direction.

“We’re still not where we want to be, close enough to challenge for the Premier League trophy but we take one step at a time.”