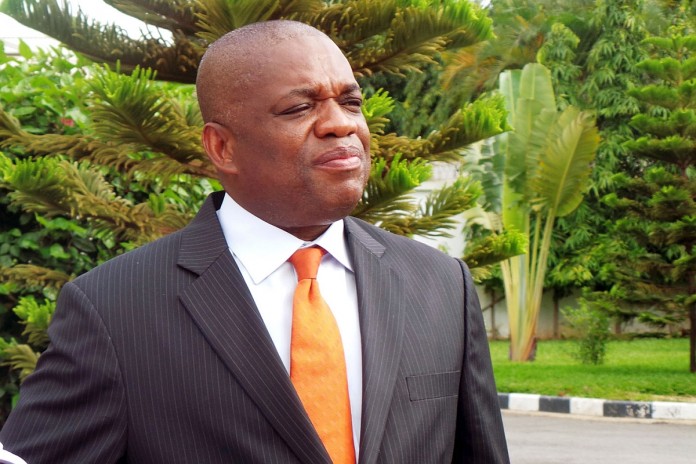 A former governor of Abia State, Dr Orji Uzor Kalu announced his decision to defect to the governing All Progressives Congress (APC) from the Progressive Peoples Alliance (PPA) which he founded.

Kalu, who announced the decision at a brief event at the APC national secretariat in Abuja, said  he joined to rebrand the APC in line with the decision of his mother and other family members.

He pledged to deliver the Southeast geopolitical zone to the party together with other stakeholders in the region during the 2019 general elections.

“It is important to go along family line to be able to rebrand Nigeria very well. I am back to join where my family is. Nobody can say that the APC will not go beyond 2019; Nigerians should change this behavior that every four years when there is presidential election, people would want to change parties. APC has come to stay. In my opinion, I know that the party has come to stay, but if it is going, I will go with them where ever they are going.

“I am not going to run for any office for now. I am going to be a very good party man. But if the party finds me worthy to do anything, I will do it,” he said.

But the PPA chairman in Abia State, Chief Emeka Okafor, said they were happy with Kalu’s exit.

“This will afford us the opportunity to reposition the party properly; his absence is not in any way a threat to the future of the PPA,” he said.

Kalu is facing an amended 34 counts criminal charges which the Economic and Financial Crimes Commission (EFCC) transferred to the Federal High Court in Lagos, despite his protests.

Alongside his company, Slok Nigeria Ltd and one Jones Udeogu, he was initially arraigned in 2007 on a 96-count charge bordering on money laundering and diversion of funds valued at N5.6bn during his tenure as governor between 1999 and 2007.