The League of Women Voters of Nigeria (Nilowv) has demanded a law that will reserve exclusively for women 35 per cent of all elective positions at the local government, state, and federal level.

The Founder and National President Nilowv Dr Esther Uduehi made the demanded Tuesday in Abuja at the Nilowv 2019 National Convention.

“A bird’s eye view of the percentages of female performance in Parliament in some African countries shows that while, Rwanda 61.3 per cent, Senegal 42.7 per cent, South Africa

also noted that the last election was particularly bad for women as the number of women parliamentarians even dropped further. “We believe that the Executive must work with the Legislature to ensure that the 35 percent affirmative action is not only on paper but is put into action.

We are appealing to members of the National Assembly especially the incoming ones to craft and pass a law to this effect  a law that makes it mandatory for a number of seats in each state to be reserved in rotation for women in addition to the seats they‘ can struggle for and win by themselves” she said.

“We believe that INEC also has a big role to play in this regard and working with the Political Parties, they should be able to produce a robust Guideline in line with such a law that should guarantee this access and right for the women” she stated further.

She said women have realised that they can use their huge voting numbers to their advantage thus they will rise to take their position in politics. “Going forward we are going to reshape, reorganise and restrategise for the future. In fact we shall start planning right from now” she stated.

“This Convention has been organised to review the performance of women in the last elections and work out effective strategies for improvement and the way forward for women to progress and contribute to the development of Nigeria.

Amongst other things, the Convention will fill through election all existing positions and consider plans for the future” she explained. 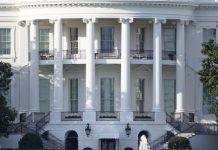