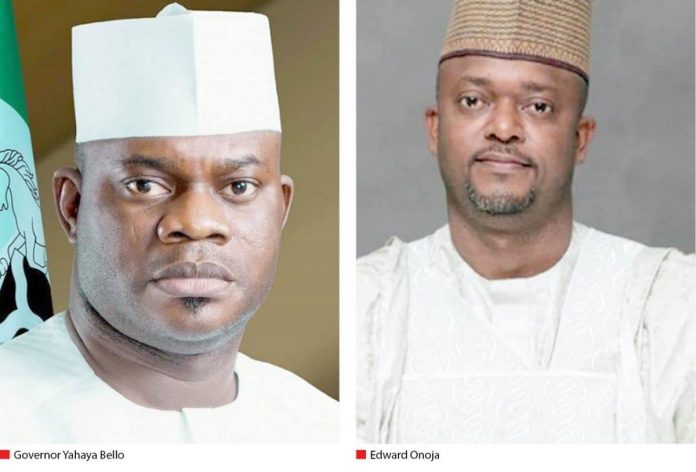 Kogi Gov Yahaya Bello, has nominated Edward Onoja, his ex-chief of staff and now running mate in the November 16 election, as the deputy governor of the State.

Onoja would be sworn in on Saturday.

This comes after the Kogi State House of Assembly impeached Simon Achuba over alleged gross misconduct.

Achuba had fallen out with Bello shortly after he was sworn into office.

Onoja formally resigned his position as Chief of Staff to Bello this week.

He was the chief strategist of “Yahaya Bello Campaign Organization” in 2015 and the State Director of the Kogi Youth Arise Group, which worked for the success of President Muhammadu Buhari also in 2015.

Onoja apparently has been living a charmed life, moving from being a campaign director to chief of staff to nominee for deputy governorship, and now a substantive one.

Impeached Simeon Achuba fell out with his boss because of his ambition to run in the coming guber.

He has been put under house arrest since his impeachment