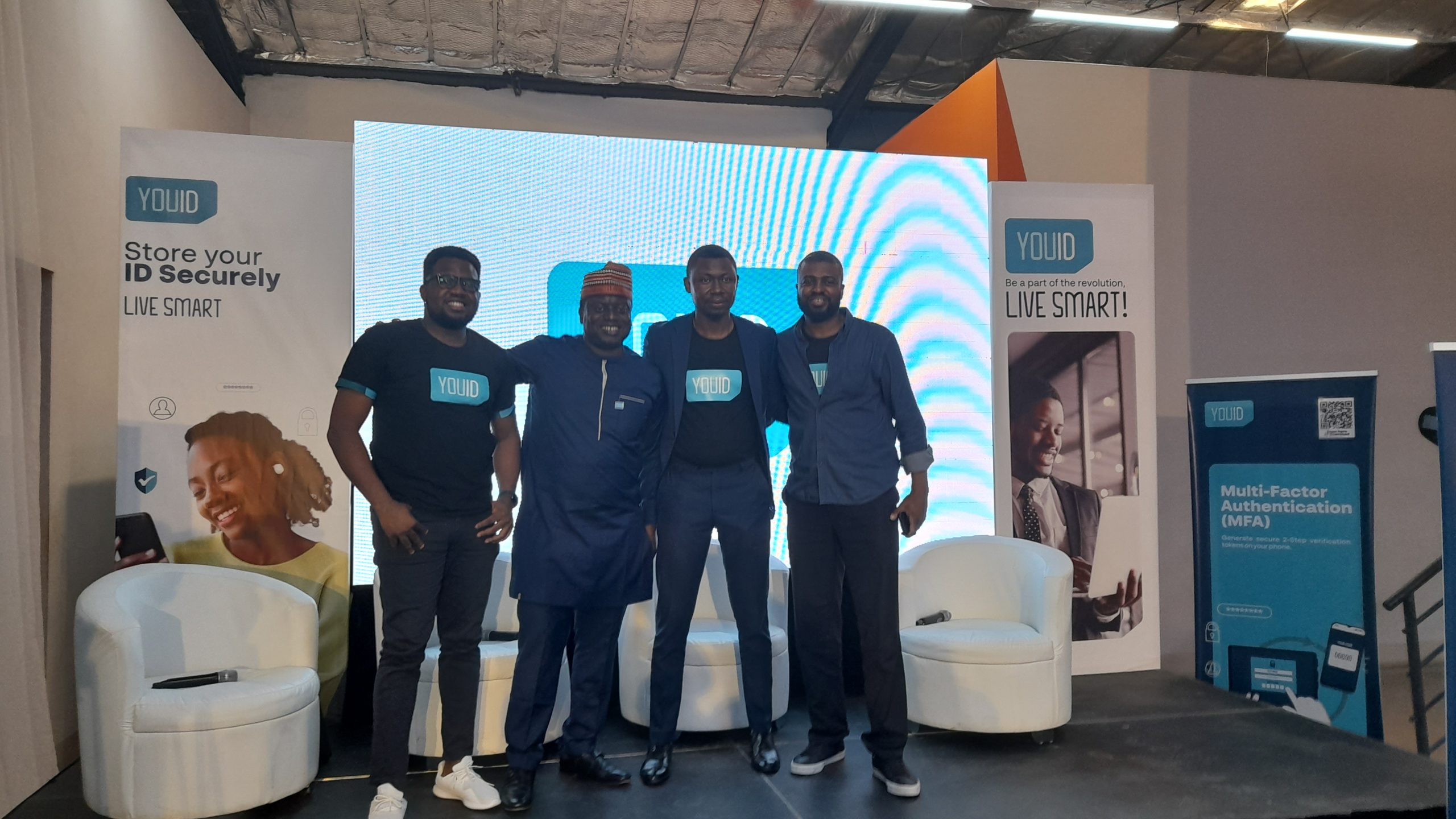 In a proactive way to stall data hacking and connect existing users with merchants and businesses to elicit e-commerce, Youverify, a technology company focused on identity and access officially launched YouID lifestyle App.

The YouID wallet, according to the Youverify Chief Executive Officer, Dr. Gbenga Odegbami is basically an initiative targeted at connecting users to opportunities in the digital space in a safe and secured format through an encrypted digital wallet format downloadable free from Google and Apple store on users mobile phones.
“We live in a mobile world with almost 100 percent digital mobile phone penetration, for over 200 million people to go digital is a huge scope.
“YouID targets connecting you and I to opportunities in the digital space in a safe and  secured manner.
“It is to enhance living smart, users input their data and once it is encrypted on their phones, they no longer need filling KYC forms repeatedly in case of need to access services, mobile Apps, websites as well as certain software and tools,” he said.
The YouID boss hinted other benefits that come handy for users once hooked to this App, which include timely information dissemination on data breaches and activation of security stop gaps once discovered to help the users.
YouID also avails users an extra layer multifactor authentication and other failsafe for protection of accounts as part of security measures.
This creates a new digitally enabled culture and economy globally as seamless access to data is guaranteed at anytime required.
The Product Manager, Mr. Michael Oragwa was on hand to run through the services offered by YouID.
He stressed that the timely innovation-YouID also reduces the burden and risk associated with moving around  important documents such as government-issued identifications like the international passport, national identity cards, drivers’ licenses, and vehicle documents as well as risk of compromising passwords, and unauthorized access to users’ accounts by cyber criminals and hackers.
The Sales/Marketing Director, Mr Yemi-Joshua Oladeji said that the product provides a subscription service gateway between the user and the merchants.
He explained further that the data of the users are controlled by them and not YouID, adding that they can be reached on .http://www.youverify.co/product/youid.
“Apart from providing a secure digital wallet for the storage of personal information, YouID instantly notifies users when any of their passwords has been breached or their credentials have been leaked by a third-party data breach.
“YouID continuously collates and reports data breaches and leakages globally thereby keeping users informed and their credentials are secured at all times.
“Designed with individuals as well as businesses in mind, YouID is equipped to help businesses gather their customers’ KYC information easily, track and verify physical addresses.
“With the click of a button, businesses can collect and review the data of their customers and prospects without subjecting them to the dreary task of filling out forms, thereby simplifying onboarding processes and giving them the assurance they need to transact with individuals or businesses.
“YouID also gives users access to a robust marketplace, where they can secure the best deals from verified and trusted merchants and at the same time provides businesses the visibility and appeal they require to attract more patronage,” he said.
Share this on WhatsApp
Related Topics:
Up Next