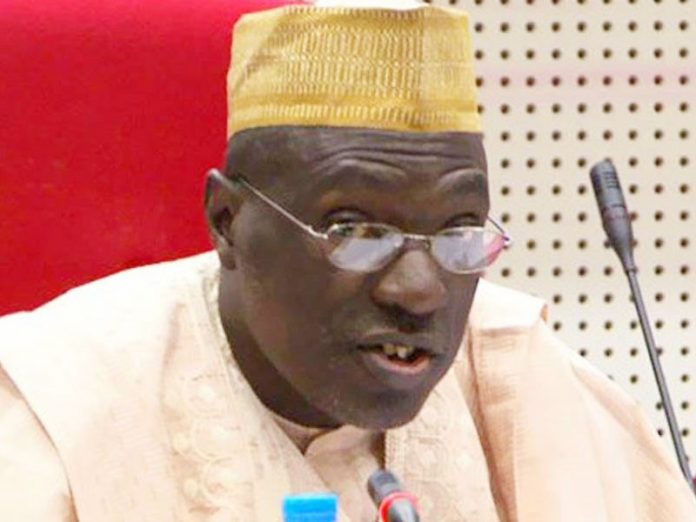 Ahmed Makarfi, chieftain of the Peoples’ Democratic Party, PDP, has urged President Muhammadu Buhari to arrest and prosecute the perpetrators of the Benue, Taraba and Rivers killings.

The former Kaduna state governor, who expressed concern also condoled with the government and people of Benue, Taraba and Rivers states over the killing of innocent Nigerians last week.

He called on the federal government to beef up security across the country to ensure the protection of lives and properties.

Senator Makarfi, who returned to the country on Wednesday, expressed shock at the killings witnessed in some parts of the country, adding that under no circumstances should such acts be allowed to recur.

“I urge well-meaning Nigerians to help in securing every nook and cranny of this country. We have no other country than Nigeria to call our own. Regardless of class or status, we should report criminals to security agents to secure our country and its people.”

Adokwe, who visited the victims of Nasarawa and Benue violence taking refuge in Awe, on Wednesday said, “The farmers/herdsmen clashes have continued for too long, if this continues, food shortage is imminent.”

Adokwe, who doubles as the chairman, Senate Committee on Information and Culture, took the relief items to the Palace of the Emir of Awe, calling for effective collaboration toward halting the clashes.

He said that such collaboration would also help stakeholders to address other concerns like poverty, hunger, unemployment and other lingering issues believed to be remotely responsible for the violence.

“The collaboration will also boost individual and collective living standards and improve revenue,” he said.

The senator condemned attacks on innocent Nigerians, especially rural dwellers, by gunmen, describing the hostilities as “unwarranted and uncalled for”.

He pointed out that no society could thrive if crises-ridden, and urged the warring groups to embrace dialogue and strive toward mutual understanding and respect. “Peace is priceless; it is a necessary requirement for the development of any society,” he observed.

Adokwe assured the monarch of his continued support to his efforts toward a stable Nasarawa State, and urged him to reach out to other stakeholders so as to involve everyone in the peace building process.