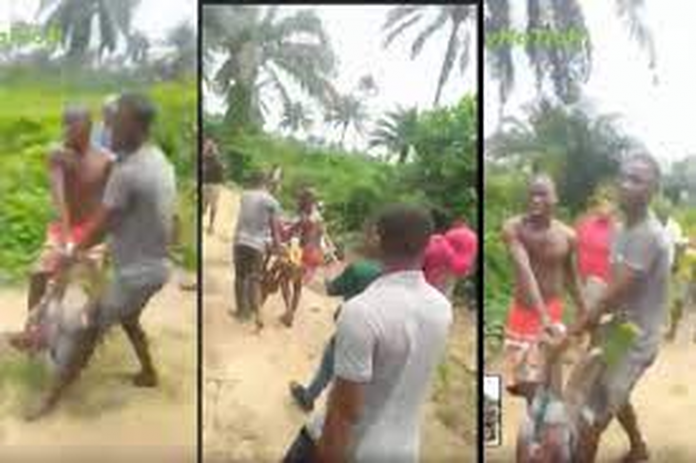 An unidentified ritual killer has beheaded a 10-year-old boy, and dumped his remains in nearby bush at Azumini, Isiokpo, Ikwerre LGA of Rivers.

The boy identified as Destiny Peter was reportedly lured into the bush Thursday evening.

The community is in confusion now, considering the fact that Peter’s intestines were also removed.

Peter’s aunt, Victory Johnson, who lamented the incident while speaking in Port Harcourt, said Destiny lived with her for over seven years.

According to her, the boy was last seen around 4.30pm last Thursday after a neighbour invited him to his house.

Victory said Destiny’s body was found after the intervention of some youths who followed the hint by a young girl that sighted Peter and an unidentified man heading for the bush.

He said two suspects had been arrested over the incident.

“Yes, I can confirm it.  The matter, for now, has been transferred to the State Criminal Investigation and Intelligence Department and justice will be served,” he added.