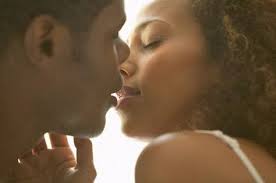 Eating up the other person’s lips has so much packed into it: like the next thing you do on your first date; the wet, Frenchy lock of lips and tongues when you get the hots; part of the niceties you ritually go through on social meet-ups; and the reflect show of affection for those cute tiny patters—when you can’t like infect them with flu bugs.

You probably don’t realize you get more than those hair-raising titillation and good-mum feelings from kissing and swapping spit.

Below are scientifically proven health benefits of kissing:

“Much of the cortex is devoted to picking up sensations from around the lips, cheeks, tongue and nose. Out of 12 cranial nerves, five of them are picking up the data from around the mouth. It is built to pick up the most sensitive feelings—the most intricate tastes and smells and touch and temperature. And when you’re kissing somebody, you can really hear them and see them and feel them. So kissing is not just kissing. It is a profound advertisement of who you are, what you want and what you can give.”

Other researchers note that kissing is biology’s way of determining who in nature you are most genetically compatible with.

“At the moment of the kiss, there are hard-wired mechanisms that assess health, reproductive status and genetic compatibility,” says Gordon G. Gallup Jr., a professor of evolutionary psychology at the State University of New York at Albany who studies reproductive competition and the biology of interpersonal attraction. “Therefore, what happens during that first kiss can be a make-or-break proposition.”