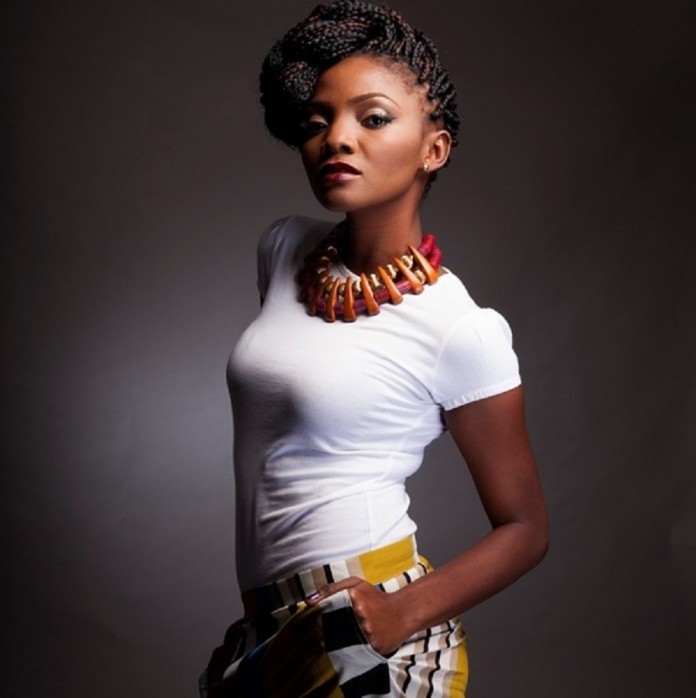 Singer and songwriter Simi may have set the ball rolling for 2016 with her lovely piece dedicated to lovers, titled ‘Love don’t care’, but it is her duet with Falz that’s presently setting the music state ablaze. Simisola Ogunleye, more commonly known as SIMI is the Afro-Pop singer , professional Songwriter and Sound Engineer that we have come to love and adore after the Chidinmas and MoCheddahs failed to live up to their billing and expectations. Ediale Kingsley engages her at the premier of the short film, Soldier.

TELL us of your challenges as you journey into becoming a nation-wide act?
The time it takes to have people to start to notice you is enough to discourage any up and coming artiste from pursuing a career in music especially those who do not have genuine love for it. At that point, being talented alone might not bring about the much needed breakthrough; a fat pocket also plays a huge role in making you known. I started with gospel music and even released an album in 2008; I was in the university and about to graduate when I put that out. After the National Youth Service, a record label signed me on but things didn’t go well so we parted ways. But in that period, I worked on myself and carved a niche for myself. I have learnt so many lessons through this period and I am striving to be better every day.

How did you form and settled for the kind of music you do?
It took a lot of work I must confess. There was a time I was doing all sorts of music that even I couldn’t describe what genre exactly I was doing. But through the help and guidance of my producer and music director, I think I now have an identity in music. I like to chase after people who are not easily impressed. My producer is one of such people. He has continued to drive the best out of me. I am glad that I didn’t give up during the discovery stages.

Your hit song, Jamb Question, got everyone talking, did that stem out from a personal experience?
Of course! I mean everyone has had such experience. People, sometimes walk up to you but instead of going straight to the point, they beat around the bush. They’ll pretend they’ve known you from somewhere instead of just asking to be your friend. This is a common occurrence in our society and I just felt it was a great story I needed to play around. That was how the song came about.

How much has the overwhelming reception received by Jamb Question and the Simi brand changed your life?
I agree that it has brought me closer to members of the public but it hasn’t changed the slightest bit of how I live my life. I really don’t go out that much but now, I am even more than shy to venture out of the house because people know me a lot more. I can’t just do what I like anymore because there are eyes watching.

You have a deal with X3M Music, an award nomination and your songs “JAMB Question, Soldier, Tiff, Open and close” are making waves already. What does that mean to you?
It means the world. It also reminds me that I have so much more to achieve and many more challenges to conquer. Every day I am thankful. I have had so many years of growth and learning. I still have so much to learn and do but I’m very grateful to God and the beautiful SIMI ARMY for the things I’ve been able to achieve and access.

How do you find inspiration to write your songs?
I get inspired by everything around me. My songs relate to the day to day life of the average Nigerian. The experiences of daily life inspire and give me fresh ideas.

New friends and associates must have come along with your new found status, how has it been like?
Unfortunately I don’t keep too many friends because I am a shy person. I am learning to mingle more these days but then I am careful who I mingle with. There a lot of people I look up to and I am learning new things from them every day.

Who are your biggest influences in terms of music?
I am in love with Asa, Tuface, Flavour as well as Patoranking. I think they have a great sound and I like what they are doing.

What influences your fashion choices?
I am trying to be more fashion conscious these days. If you know me so well, you’ll agree that before now I was not so keen about fashion. I used to see myself more as a musician than a fashionista. However, things changed when I realized that image plays a huge role in projecting any brand. Even though I try to be more fashionable these days, I am still Simi. I don’t want people to look at me and not find me. A lot of people dress to the extent that you don’t even recognize them anymore. I don’t want that and that is why I prefer to still keep my identity even when I attempt to look good. At every point in time, I don’t plan what I wear. I just flow with the mood and occasion. But I try not to be excessive.

How easy has it been fending off advances from male admirers?
It is the same way you handle them before fame came that you’ll still manage them. There is nothing wrong with a guy liking a lady; you don’t have to be rude to them. You just have to let them know what’s on your mind in a polite manner.
How often do you change your hairstyle
I do so mostly once in two weeks. But sometimes if I don’t like it I can take it off the next day. I am as simple as that.

How was it like growing up?
Growing up was fun. I was kind of a tomboy because I was the only girl with three older brothers. I didn’t have too much music in my background; my parents and siblings weren’t very big on music, although my eldest brother used to teach me songs from his school.

When did you start music?
Professionally, music started for me in 2008 when I released my gospel album “Ogaju”. That album was produced entirely by Samklef. It had songs like “Ara ile” and “Ogaju”. Before then, I was in a group called “Outstanding”, and my time in that group were some of my most formative years in music.

Where do you see yourself in five years’ time?
To be honest, I don’t really have limits in my head with regards to time. In five years, I see myself living my dreams in the biggest way possible and in the best of my capacities. And the thing is, my dreams right now might seem too small in five years’ time. So, no limits.

There are lots of African artists whose talent might never be revealed, what do you think is the reason behind this?
I have no idea! I certainly don’t have all the answers, but I do believe that if you are gifted and you really love the art, put your everything into it your time will come.

African artistes (established) have complained about being side-lined in the international scene; in your opinion, why does this happen and what can be done to stop it?
It probably happens because it’s been happening for a while without repercussions, and they got comfortable. I think if we, as artists, stand together and remain firm, it will change. Change is gradual though, so we also have to admit that African music is getting way more recognition than it did in the past.

Any honest advice for upcoming artists in Africa?
Work hard!