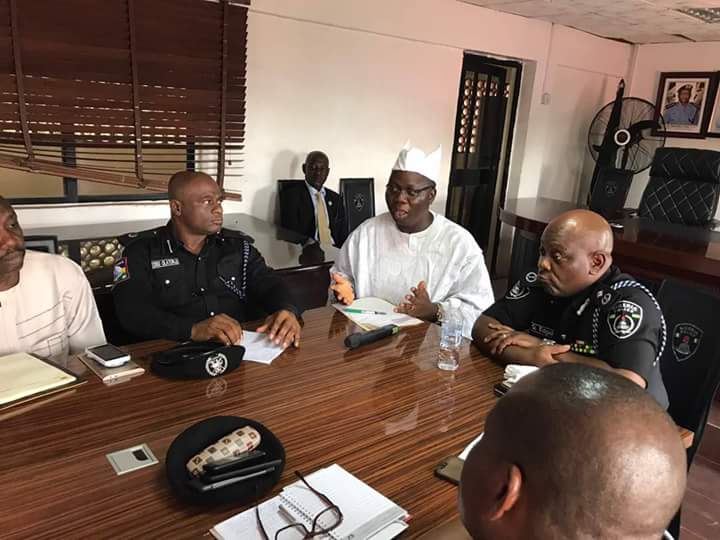 Share this on WhatsApp
Spread the love
A combined effort of the Lagos State Police Command with Odua People’s Congress (OPC) led to the arrest of 15 suspected members of Badoo cult group in Ikorodu, a Lagos State suburb.
It was learnt that Onyabo and local vigilantes also collaborated.
The operation, National Daily gathered, was led by Deputy Commissioner of Police, Operations, Mr. Imohimi Edgal with some security support groups in Ikorodu, as they combed the nooks and crannies of the streets arresting suspects.
National Daily reliably gathered that the black spots that were combed included Ikorodu, Ibeshe, Ita Maja, Ijede, Ipakodo and other areas yielding the  arresting about 15 suspects and are presently been investigated.
Before Saturday’s operation, the police authority had met with the factional leaders of Odua Peoples’ Congress, Chief Gani Adams and Onyabo to strategise.
It was learnt that over 40 police and RRS vehicles were deployed during the operations.
Explaining further, the Lagos State Police Public Relation, ASP Olarinde Famous – Cole, pointed out that the exercise is a continuous one.
The Commander, Rapid Response Squad, ACP Olatunji Disu, and Division Police Officer (DPO), Ikorodu were part of the team that went for the operation.
Badoo, a notorious ritualist, cultist, rapist started as an armed robber before graduating to the present status.
About two years ago, he was linked to the robbery incident at a new generation bank along Owutu road .

Recently, he has been linked with heinous killings of several family members at Ikorodu using stone to club them to death while he rapes the women before killing them.
The last operation was few days ago when a family of five were wiped off at Odogunyan in Ikorodu. Since he assumed notoriety, he has defied police arrest as his invisibility has been linked to the use of charms.
Share this on WhatsApp
Related Topics:Badoo cult groupIkoroduNigeria Police Force (NPF).Odua People’s Congress (OPC
Up Next