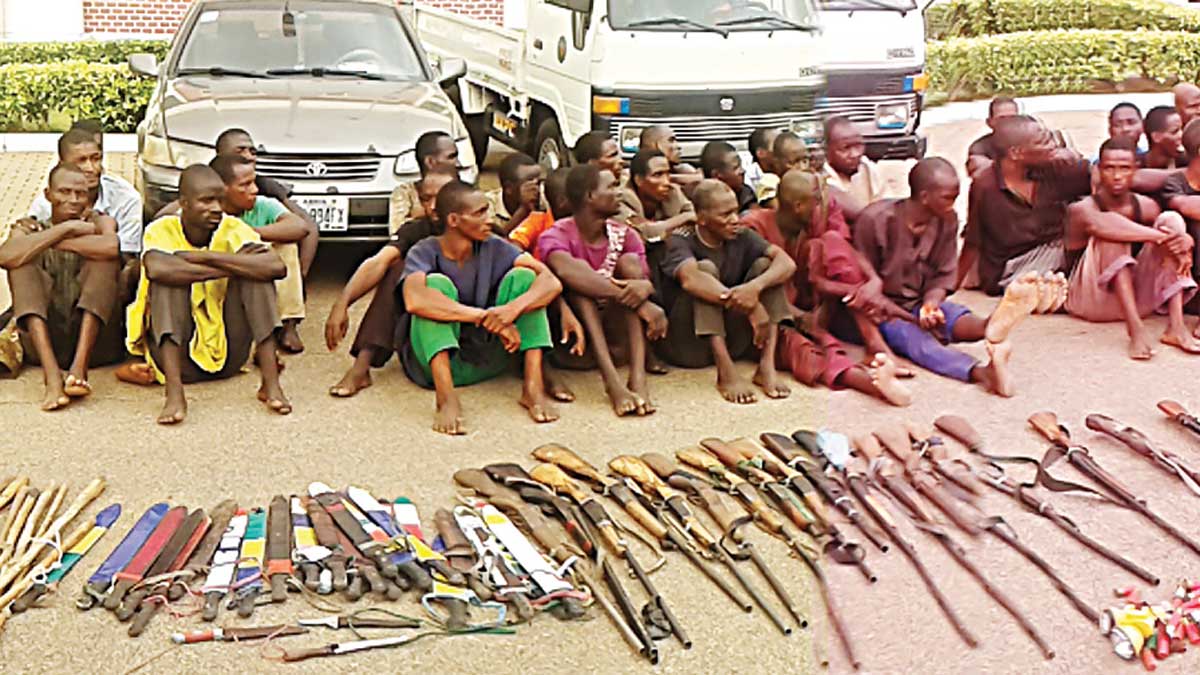 Share this on WhatsApp
Spread the love
By ALEX OLISE
As the dreaded Fulani herdsmen continue to unleash terror on various communities across Nigeria, it has now been uncovered by the National Daily that the terror group carry their series of attack by shipping their weapons through foodstuff traders mainly from the northern part of the country.
National Daily investigation which was confirmed by top security operatives revealed that movement of the weapons are mainly done in the Night when security operatives on routine checks must have reduced in major highways.
The source revealed that it is very unfortunate the arms and ammunition are stocked deeply inside trailers conveying food stuffs like beans, onions, tomatoes, pepper among other food stuffs which origin are from the North including yam which are on high demand in the Southern parts of the country.
National Daily’s further findings show that the sponsors of the Fulani herdsmen paid the drivers of the trailers to offload the bags containing the arms in the same market where the goods are kept and at the same time alert their men to receive the bags and kept in an undisclosed location where it will be finally received by the special gunmen who are paid heavily to attack any village that refuse to allow the herdsmen to feed their stocks in the land.
ALSO SEE: The naira cost of Katab and Fulani hugging each other in southern Kaduna
It was gathered by National Daily that presently the dreaded herdsmen has so far succeeded in creating over 2,000 strike base across the 36 states of Nigeria, which prompted in the series of attacks recorded in virtually all the states in the South except Lagos State and few others.
The exposure of the new mode of operation was revealed to National Daily by top Police operatives who during the weekend intercepted three trailer load of yam along the Benin-Ore road and in search of some of the bags inside uncovered arms and ammunition made up of 25 AK47 assault riffles, 50 magazines, cutlasses and several other catridges being conveyed to some major markets in parts of the South-South states and South-East of the country to continue unleashing attacks on various communities mainly targeted at farmers to deny them of their right in their own father land.
Fresh facts made known to National Daily revealed that various communities in all local government in states like Edo, Delta, Ondo, Akwa Ibom, Cross River, Bayelsa, Rivers, Enugu, Ebonyi, Anambra, Imo, Abia,
Ogun and many other states from the south region of the country are currently mobilizing to fight back through vigilante groups set up and armed to chase the Fulani Herdsmen out of their state because they have gone bizarre in their nefarious activities on the various states.
The Fulani Herdsmen are currently fleeing most states in the south region over reprisal attacks from the communities
Share this on WhatsApp
Related Topics:Fulani herdsmengenocide
Up Next

700 Boko Haram insurgents surrender on fringes of Sambisa to troops