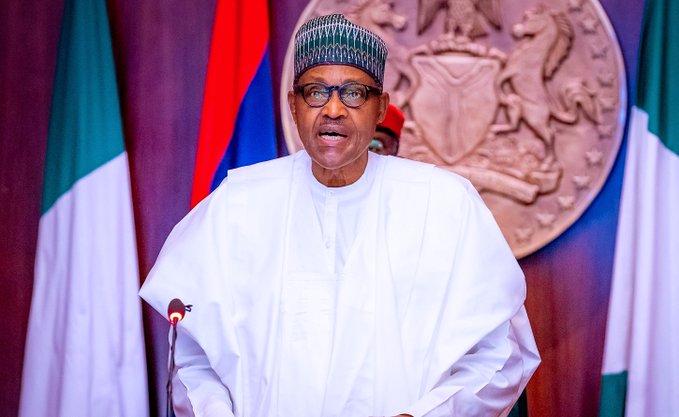 President Muhammadu Buhari has explained how his successor will emerge.

According to him, the ruing APC will decide who succeeds him

:“About succession, what this admin can do is to make sure APC lasts beyond this administration,’ he said on Thursday during an interview o ARISE TV, Lagos.

Analysts are speculating on how the north or the cabal will determine the next president  candidate for 2023, Buhari has kept pointing at the APC as the decider.

“And that is the best way to go for the party and for the country.”

He also rebuffed claims that joining APC automatically exonerated corrupt leaders from any lingering charges or investigations, saying that those who hold such views are not being fair to his administration.

Speaking on zoning and succession plan, Buhari reiterated that the APC will be the sole deciding factor.

“Shouldn’t we allow the party to decide, I just told you that we started from the bottom to the top.

“I told the acting chairman and a committee to give me the report by the end of the month on the convention they are going to conduct and then arrange general elections until 2023. All the elections.

“And we started this from bottom to the up, so that members of the party will be sure they are involved in decision making.

“Nobody is just going to sit in Lagos and tell them what to do. This is what we are arranging.

“Succession plan depends on the party. The party will sit and make its decision by the constituencies they won.

“So those who want to be president, better join APC.