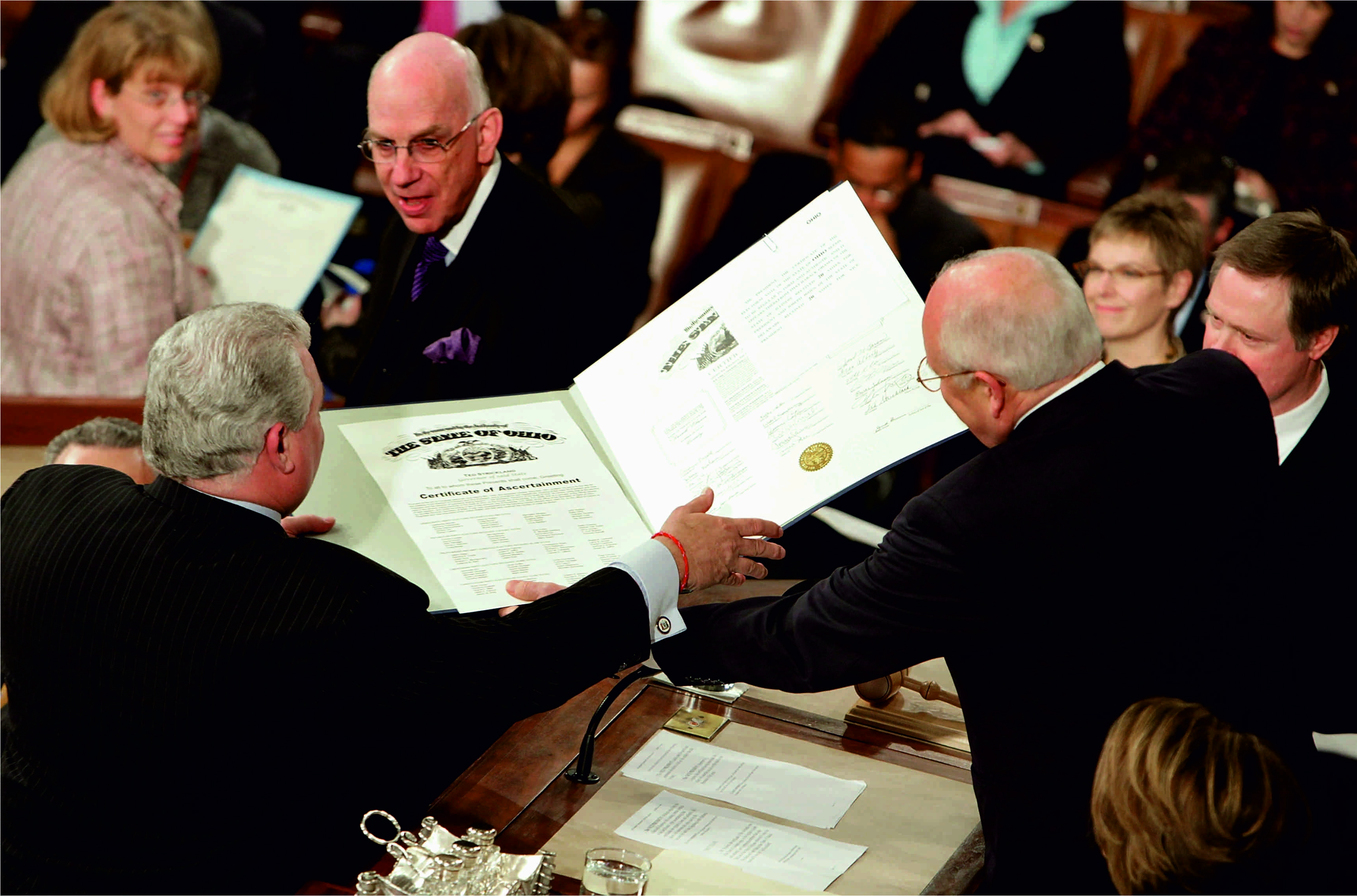 “…That we here highly resolve that these dead shall not have died in vainthat this nation, under God, shall have a new birth of freedomand that government of the people, by the people, for the people, shall not perish from the earth.”
…Abraham Lincoln’s memorable Gettysburg’s Address of November 19, 1863.

FEW textual critics, if any, can improve on Abbey Lincoln’s concise definition of democracy as “government of the people, by the people, for the people”. In what sounds like a derivative of that classic definition, democracy may be said to be a system of government by the majority of eligible voters of a State, typically through elected representatives; a rule by the majority; a government in which the supreme power is vested in the (majority) of the people and exercised by them directly or indirectly through a system of representation usually involving periodically held elections.

The political structure in the United States of America, where the emergence of the President and Vice-President depends on a so-called Electoral College, established by Article Two of the United States Constitution (1787), whereby the voice of the majority (or popular vote) is bridled by a political artifice called Electoral College Vote is the very antithesis of “government of the people, by the people, for the people” and can, therefore, not be dignified with the name of democracy, and America cannot, ipso facto, claim to be the “greatest democracy on earth.”

Each State appoints a number of electors equal to the number of Senators (i.e. one hundred in all) and of Representatives (i.e. four hundred and thirty-five in all) to which the States may be entitled in the Congress, in addition to three electors from the District of Columbia and one elector each from the States of Maine and Nebraska. Those figures yield a total of five hundred and forty (540) electors. Any presidential contender who wins at least fifty per cent, or 270 thereof, becomes President of the United States, even if majority of the electorate (popular vote) prefers his/her opponent with the popular vote!
Why, one may wish to know, is there any need for “Election Day” (always heralded with fanfare) or a popular election, such as happened on November 8, 2016, when the popular vote counts for nothing in the final analysis? For example, if, for the sake of argument, the two major presidential candidates polled 269 Electoral Votes apiece, the 435-strong House of Representatives would be asked to decide which of the two candidates becomes President of America, the Popular Vote notwithstanding! In the recent presidential election in the US, the non-partisan Cool Political Report had candidate Hillary Clinton at 62,825,754 popular votes in contradistinction to candidate Donald Trump’s 61,486,735 (or 47.9 percent to 46.9 per cent, respectively. Another 6-9 million votes were cast for third-party candidates, including Libertarian Gary Johnson, Green Jill Stein and independent David Evan McMullin. That translates to 53.1 per cent of voters casting their ballots for candidates other than Donald Trump. Hillary Clinton won the popular vote by more than one million votes, but lost the Electoral College Vote (she polled 232) to Trump (who allegedly won 290).

Usually and almost ineluctably, candidates that lose the popular vote but become Presidents via that load of hocus pocus called “Electoral College Vote” turn out to be particularly unsuccessful and unpopular Presidents! And it is strange that all the beneficiaries of the Electoral College Vote peculation have been Republicans!

The Electoral College is, essentially, a vestigial structurea relic of a bygone era in which the founding fathers specifically fulminated and inveighed against a nationwide vote of the American people to choose their next President. Instead, the draftsmen of the Constitution, (particularly Delegates Elbridge Gerry of Massachusetts and George Mason, the man, of Virginia) gave a small, lucky group of people called the “electors” the power to make that choice, arguing that “the people (popular vote) haven’t the requisite capacity to judge the respective pretensions of the candidates.”

On the basis of the odious political contrivance called Electoral College Vote, an undisguised enemy of democracy, (and hoping there was no “malicious software” in the election machines), Donald John Trump has been elected President-elect of the US. He had consciously made far-reaching electoral promises: he will build a wall to separate the US from Mexico and will make the latter to pay for the cost of the wall; he will transfer the Israeli capital from Tel Aviv to Jerusalem; he will defeat ISSIS; he will repatriate all undocumented immigrants; he will stop all Moslems from entering the US; he will resile from the multilateral Climate Change (Paris) Agreement; he will contract out of the NATO confraternity; he will stop the carnage on US streets; he will appoint a Special Prosecutor to prosecute, and put, Hillary Clinton in jail…Whether or not he becomes popular or unpopular during his first four years in office, or remains President after the November 2020 presidential election, or, indeed, will be impeached as predicted by the same polyhistor and Presidential Historian, Prof. Allan Lichtman, who predicted his victory in the 2016 election, will depend, largely, on the extent to which he fulfils, and the manner in which he executes, his 2016 electoral promises. One hopes that the American electorate will hold him to account!

Chronicles of unusual spreading; A testimony of unprecedented impact