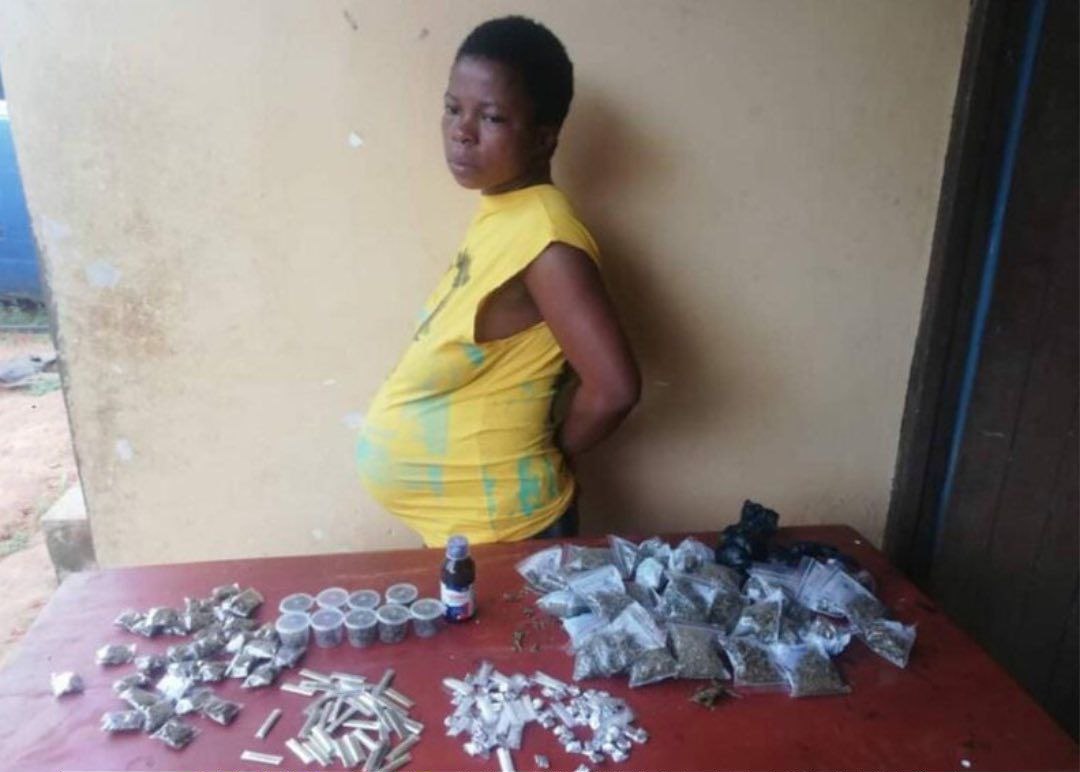 A 25-year-old pregnant woman, Haruna Favour, has been arrested with 82 pinches of m€thamphetamine by operatives of the National Dug Law Enforcement Agency in Auchi, Edo State.

NDLEA’s spokesperson, Femi Babafemi, made this known in a statement on Sunday, September 11, in Abuja.

According to the statement, the suspect was arrested on Friday, September 9, with the illicit drug as well as various quantities of Loud, Arizona, and Colorado variants of cannabis as well as codeine-based cough syrup.